FY17 State of the Industry: VLTs 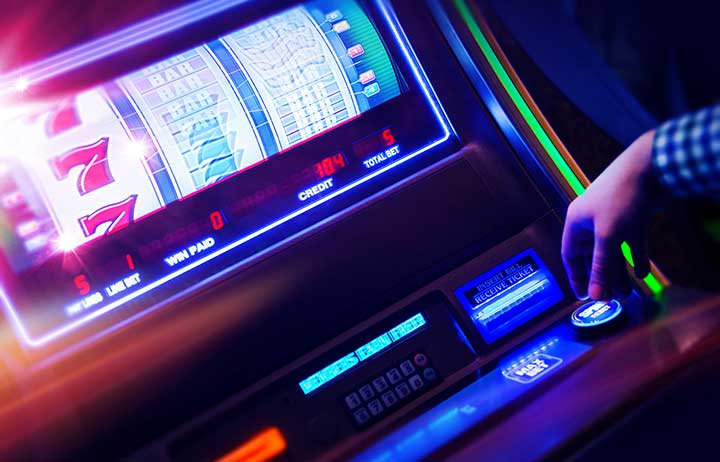 The five video gaming device (VGD) jurisdictions in Illinois, Louisiana, Montana, New Mexico and Pennsylvania generated $4.6 billion in net machine income in fiscal 2017, up 2% over fiscal 2016. (The lotteries in these states are not responsible for the regulation and management of VLTs.)

The state of the North American VLT industry is changeful. Technology is forcing lotteries to stay abreast of new game and systems developments.

Manufacturers and casinos want to attract new players with innovative products. “The latest and greatest technology (skill-based games, 3D and even 4D products) is hoped to draw in the younger demographic. Overall, the state of the VLT industry in North America remains stable,” declared Vernon Kirk, Director, Delaware Lottery.e

“The VLT industry remains in a growth mode with new facilities being built and existing facilities being upgraded and expanded. With ongoing growth and a steady flow of new products, the market is constantly evolving. VLTs have proven to be a huge success and the future looks to offer more of the same,” said Jim Logue, Managing Director, Gaming, Maryland Lottery & Gaming Control Agency (MLGCA).

Most importantly, lotteries running video lottery programs are getting special attention. “The VLT industry is in a good place from a status quo perspective. Vendors seem to be focusing more of their energies on lotteries specifically, which is a welcome shift in recent years. Even some new vendors are entering the landscape, which is welcome given the recent mergers and shrinking competitive environment,” said Barry Pack, Director, Oregon Lottery.

He continued: “With respect to true innovation, it seems that the VLT industry is moving slowly. There is no shortage of innovative concepts, but few of them seem to gain traction and adoption, particularly for a wide area video lottery market. Much of this may be based on regulatory hurdles, but it also seems that more united pressure from lotteries for true innovation from the vendor community, and perhaps new vendors in the content development community, may be needed to successfully move this needle.”

Most critically, North American lotteries have working together to solve problems. “Lotteries with video lottery programs have established a strong network that allows for strategy sharing, issue resolution, and brainstorming,” declared Pack. “This network is invaluable to the growth and strengthening of the programs throughout North America. In the future, leveraging these relationships to improve our businesses and vendor relationships will be key.”

Competition on the Rise

Pressure continues to mount for lottery directors to grow revenues. “As the demand for revenue continues to increase, there will be more pressure on lotteries and video lottery jurisdictions to increase revenue from those products. It will become more of challenge and the type of gaming competition increases,” emphasized Norman Lingle, Executive Director, South Dakota Lottery.

Plus there is significant change in the supplier industry. “Many of the VLT manufacturers have merged over the past several years, and  the demand for VLTs continues because of the fiery competition between existing casinos and new developments coming soon to North America,” stressed Gerry Aubin, Executive Director, Rhode Island Lottery. “This industry is saturated with much talent from these mergers and will provide better and new technology in the near future keeping the industry in good shape.”

The big question for the future is how quickly lotteries can adopt more interactive, three-dimensional and multi-player concepts.

“Manufacturers have been working hard to develop games they hope will attract a younger demographic and these concepts should be a step in the right direction,” observed Maryland’s Logue. “Younger players want games that are more interactive and offer more excitement than traditional VLTs. Social media is an integral part of their lives so naturally these younger players are going to gravitate toward games that allow them to participate with their friends. As manufacturers develop and perfect these games, the industry as a whole is evaluating them to determine how best to use of them.”

Oregon’s Pack observed that more high tech VLT concepts “really depends on the manufacturers’ ability and willingness to make those types of games available to the VLT market. VLT jurisdictions can only adopt what is made available or what we can work with the manufactures to make available. Most of these concepts are developed and priced for casino markets, which understandably can bring a quicker ROI to the vendors.  This contributes to the slow moving innovation stream for the video lottery industry.”

Offering new products to attract the elusive millennial is key.

“The skill-based games are intended to draw the Millennials in—the success of that remains to be seen,” said Delaware’s Kirk. “Another product that will likely appeal to Millennials is IGT’s ‘Land-Based Product of the Year’ (Global Gaming Awards 2017), the Cardless Connect. This technology allows players to simply point their smartphones at VLTs to be signed into their player rewards accounts. (They are automatically signed out upon leaving the machine). Where approved, players can also use the mobile wallet to securely transfer credits to the machine, no cash needed. This technology is hoped to attract and retain the tech-savvy Millennials.”

South Dakota’s Lingle believes lotteries must adapt to how they connect with the younger demographic. “The data continues to show that Millennials are heavy users of mobile devices and loyalty programs,” he stated.

But Ohio’s Berg believes that Millennials are looking for an experience, not technology. “Within the industry, the challenge is to introduce Millennials to the environment. Technology will not get a Millennial to our building or to Vegas. Amenities and environment appeal to that segment and are necessary to get them into our facilities.”

Finally Oregon’s Pack wonders whether the industry isn’t always chasing the preferred demographic. “The industry was worried about attracting baby boomers, then Gen X, Gen Y and now Millennials. With each large generation, there is a call of ‘what are we going to do?’ All gamers, of all ages, want the same thing—a game play experience that they can relate to and enjoy. A few years ago poker rooms were closing everywhere because poker didn’t appeal to the younger demo. Then it went through a resurgence and now people in their 20s fill poker rooms. Bingo experienced a resurgence with bingo after dark sessions.  Perhaps a new technology solution isn’t the answer for VLTs; perhaps marketing and promoting what already exists in different ways could have an impact.  And perhaps VLTs aren’t the solution for Millennials at all.”

“Obviously, the increase in Maryland was due to the opening of MGM National Harbor in December of 2016,” said Logue. “The casino, which is located just outside of Washington D.C., opened with more than 3,000 VLTs on the floor. This resulted in declines for two existing casinos during the second half of FY17, but those declines were more than offset by MGM’s revenue and led to a substantial increase in statewide VLT earnings compared to FY16.”

“The increase of gross gaming revenue in 2017 is a result of the racinos maturing into the marketplace. The buildings have added BrewPubs, hotels, comedy clubs, concert series, and summer festival events to bring consumers in for fun. A recent chili cook-off had lines out the racetrack doors. We want the consumers to have lots of reasons to stop by for a while,” said Berg.

“Strategic game introductions and equipment management strategies have had a positive impact on revenue the past couple of years,” explained Pack. “We recently completed technological advancements that will allow us to take advantage of new games and functionality, including downloading games across the state. New technology has opened new doors for innovation of our products which should help us maintain our revenue stream for the foreseeable future.”

“The driving factor in the steady growth of VLT NMI in South Dakota continues to be line games,” stated Lingle. “As our machine owners continue to the slow but steady investment in the games the ROI is remaining steady.”

Half of the U.S. lotteries’ VLT jurisdictions reported a decline in net machine income.  “The MGM National Harbor in nearby Maryland opened December 2016 with 3,300 machines. This is likely the reason we did not see an increase,” said Kirk.

Aubin said the decline can be attributed to “fierce competition among Rhode Island and the Connecticut and Massachusetts casinos in our region. Free Play, gifts, comps for food as well as entertainment allows the player to shift from casino to casino.”

In West Virginia, there was a 3% decline in combined VLT operations at racetracks and limited video lottery (LVL) terminals. This resulted from competition from surrounding states where casino gaming has expanded dramatically.