The Jackpots Are Up to WHAT? 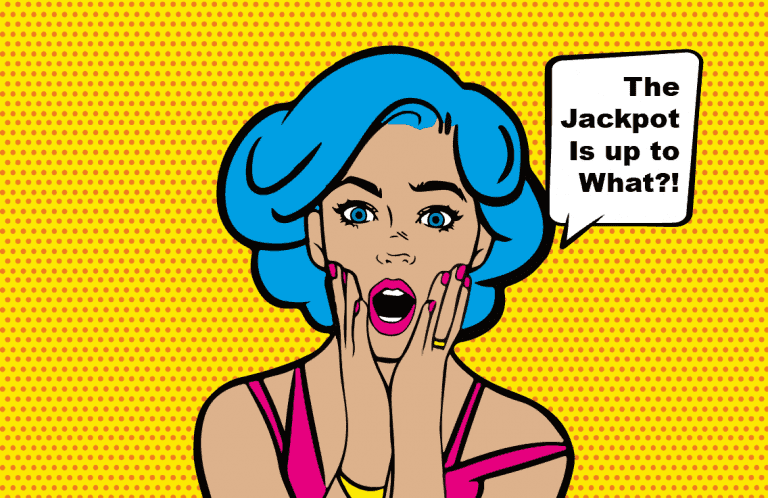 National media attention focused on Mega Millions and Powerball’s rolling jackpots as the new year began. Headlines blared, “Mega Millions & Powerball jackpots continue to climb.” In the first 20 days of 2021, the two games danced around like prize fighters in the ring. On January 21, the combined value of the two competing jackpots was $1.8 billion.

From coast to coast, U.S. lotteries kept beating the drum, keeping players aware of the changing value of a Mega Millions or Powerball jackpot as the games neared the drawing as well as warning them to play responsibly.

“We have a comprehensive, targeted trigger campaign that runs when jackpots surpass $325 million, which include television advertising, radio host chatter, paid and organic social media posts and graphic promotion on our website and on social media platforms,” said Colorado Lottery Director Tom Seaver.

Powerball’s roll ended on January 20 when one winning $731.1 million Powerball ticket was sold by the Maryland Lottery. Two days later, Mega Millions’ $1 billion jackpot was won by a Michigan Lottery winner on January 22.

“This artwork is used in the digital space when we are in “trigger mode” for either Powerball or Mega Millions with high jackpots,” explained Edie Frakes, VP, Marketing, KLC. “Kentucky’s pop-art ads are one of the digital strategies we use when the multi-state games are in ‘high jackpot alert.’ This eye-catching design—adopted from paid Shutterstock imagery with a Kentucky spin—was brought to life by Rachel Dunevant with our digital agency, the Buntin Group. Our example here along with other engaging digital imagery allow us to quickly update amounts when jackpots are rolling so high that sometimes we get a notification from MUSL that a projected amount bump is necessary between drawings.”

Illinois Lottery implemented digital promotions to gain players’ interest. “The dual jackpot run-up for Powerball and Mega Millions will not only mean a significant lift in sales for those games but will bring infrequent lottery players into our marketing funnel. Through digital tactics, including promotions, we can help nurture these new players online. In addition, we typically see a halo effect on our other games from the increased traffic to retailers and our iLottery site/app,” said Meghan Powers, Communications Director, Illinois Lottery.

“Both games have been suffering for a long time with declining revenues. This was a much needed run that has certainly brought back attention to the games/brands. I think we have seen a little bit of a reset in player’s jackpot level expectations and players are once again excited!” said Mike Smith, Gaming Director, Arkansas Scholarship Lottery.

Rising draw sales are a big boon for lotteries such as WyoLotto which cannot sell instant tickets. “Powerball and Mega Millions dueling jackpots helped us start our Q3 of FY’21 with a bang with significantly higher sales than we have experienced with these two games since 2018,” said Robin Medina, COO, WyoLottery.

Plus the rolling jackpots also naturally transitioned the players from holiday products. “It was very fortuitous that the jackpots rose during the holiday bounce-back period. This is traditionally a time that casual players engage with the lottery on a more frequent basis. The record jackpots have extended the engagement period as these players have continued to play both draw and instant games,” said Stephen Ortiz, Director, Marketing & Sales, Kansas Lottery.

Multiple lotteries mentioned the “ripple effect” of sales increases for other draw games. “One impact we have seen during the run is higher sales for all of our Lotto games. It seems as if while players are purchasing their Powerball and Mega Millions tickets they are also trying their luck on our other Lotto games,” said Jill Marshall, Marketing Manager, Nebraska Lottery.

“The simultaneous run up of Powerball and Mega Millions jackpots this quarter, coupled with our fortuitously-timed 5-Buck Bundle upsell opportunity, should cement another record-breaking sales year for Arkansas Scholarship Lottery (ASL), while also boosting proceeds for scholarships. We desperately need good news at this time in our collective lives. If nice jackpots are all we get, I’ll take it and celebrate!” said Donna Bragg, Advertising & Marketing Director, ASL.

And lotteries nationwide are celebrating in terms of the extra money earned for good causes as a result of the dueling jackpots. “Large national jackpots are an incredible gift to the Lottery and its beneficiaries,” declared Colorado’s Seaver.