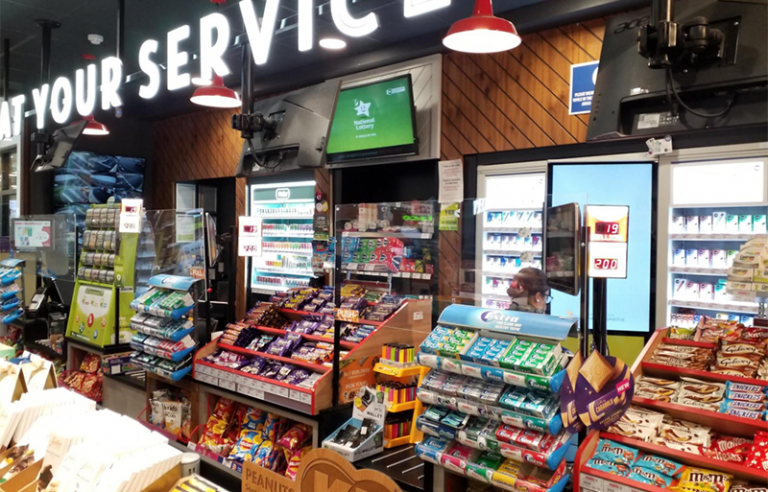 Premier Lotteries Ireland (PLI) was awarded a 20-year license to operate the National Lottery in Ireland in 2014. In those six years, sales of lottery games in Ireland have seen an increase of over 58%, leading to an increase in the contribution to good causes.

Sales generated through the retail network have grown by 37%. This growth can be largely attributed to PLI’s six pillar strategy, which focuses on retail excellence, channel optimization, increasing points of distribution, and improving retail efficiency. To continue growing, the Lottery is testing new pilots. Still, it is also willing to change previous decisions to provide positive play in retail, even if it means reduced sales in the immediate future.
SCOLs

One of the most critical initiatives PLI undertook was selling in-lane at Supervalu, one of Ireland’s largest grocery store chains. The Lottery was able to print tickets through their printer, which are dubbed “White Tickets.” (Tickets printed from a lottery’s terminals are called “Green Tickets.”)

Ronan Neary, National Account Controller of the National Lottery, said he wants to focus on Self-Checkout Lanes (SCOL) for future implementation. Over 50% of Irish grocery store sales come from SCOLs, up significantly from the 35% in early 2020.

It plans to conduct a test with its SCOL solution in Centra, a convenience store chain. Centra currently only sells Green Tickets, but it has roughly 50 SCOLs. “We’ll have a clean base that we can start off on, and we can measure the user journey, player acceptance and the offering,” Neary said.

The Lottery has also pivoted when faced with challenges. In line with the National Lottery’s commitment to promoting positive play in retail, PLI decided in 2020 to introduce limits to the number of scratch cards players can purchase in any one or series of consecutive transactions. This new Player Protection initiative allows a maximum of 10 Scratch Cards per transaction.

“We know that the vast majority of players play responsibly and for fun. As responsible operators of the Lottery, we have a key responsibility to protect players and prevent problem play. The transaction limit we put in place was to make it as simple as possible for retail execution,” Jim O’Connor, Sales Manager, PLI said.

In 2020, as the pandemic forced local quarantines, PLI’s digital channel took on an extra level of importance as it allowed Irish lottery players to continue playing lottery games from home. With online channel sales growing to almost 15% of the overall business, PLI continued to develop its online player protection controls to ensure safe and responsible play. Some of the initiatives rolled out for online players included: mandatory ID verification for all players, credit card payments were banned, and player activity was closely monitored to ensure that in-play messaging and intervention could be executed to create an environment that puts the players’ interests before everything else.

The Lottery research into responsible gaming has provided a better understanding of healthy customers. “The most significant piece of insight that we’ve received has been that people just forget to play, not that they don’t want to play,” O’Connor said.

The Lottery has begun testing other strategies to broaden play responsibly. “One of the tests that proved successful was where we placed Carmanah Signs at each till. We did only place jackpot signs as a prompt to the customer. That had a really positive impact,” he continued.

The pilot store’s lotto sales outperformed control group stores by 4%. The lift was consistent across all stores in the pilot and throughout the 14-week trial. “This is the hot zone area. What stood out the most was that the Carmanah Jackpot Signs were the biggest call to action to purchase,” Neary said. “It was the key driver.”

“It tested and confirmed the research that people really do forget to play,” O’Connor added. The Lottery is also testing improvements to countertops, jackpot signs near SCOLs, and other options.