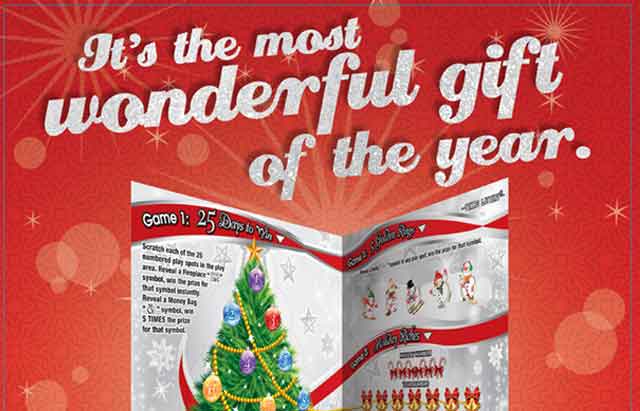 The Texas Lottery incorporated a 25-play spot feature, typically attributed with the Advent Calendar designs used for Christmas tickets, for its $10 holiday ticket.

Called Holiday Countdown Super Ticket, the $10 ticket featured three games plus a Bonus Gift of Green. “The tree/present game (Game 1) on the ticket does have 25 play spots but this was not intended to be an Advent calendar/countdown,” said Dale Bowersock, Instant Products Coordinator, Texas Lottery.

“The multiple games included on the ticket was intentional to ensure adequate play value for players who are familiar with our other oversized games in market and for players who may have purchased this game for the first time,” he added.