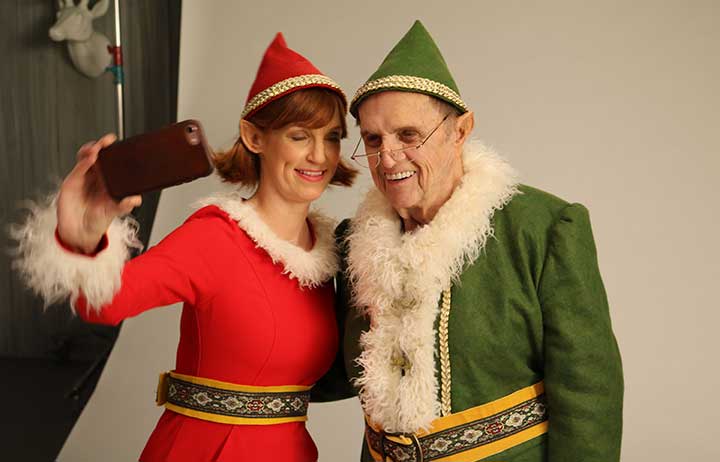 “Our main focus would be to partner with other lotteries to share in the cost of talent residuals for 2018 usage,” said Edie Frakes, VP, Marketing, KLC. “Obviously, the final cost determination will be subject to which markets use the spot, but there is very little editing necessary to feature NEW Holiday Scratch-offs specific to different lotteries who have interest.”

KLC’s holiday ad scored high with consumers, according to a recent tracking study. “North Pole Focus Group starring Bob Newhart was our most liked ad of the year. It had great recall numbers, in the high 20s, and scored 62% in likability and near 40% in purchase intent,” she said.

Frakes sees an opportunity for U.S. lotteries to share in the cost of the talent renewals. She believes the Bob Newhart ad could become a perennial holiday campaign. “Just like the movie Elf has become a classic, I think people would enjoy seeing this again,” she speculated.

In terms of how this would work, Frakes said “the use of the ad, assets and POS that are all already shot from last year would be included in the negotiation between our agency on behalf of the KLC (and interested lotteries) and the Newhart team. This would include digital usage, etc.”

“We look forward to inquiries and are excited to work with partners who might be interested,” added Frakes. “You can have a high-caliber ad for a fraction of what it would cost to make. Also, I’d like to mention that the director and production company we worked with out of Indianapolis submitted this spot for the Indy Addy (local advertising chapter) awards. And it won GOLD! I think we have a winner!”

Frakes said working with the comedian was a dream. “Mr. Newhart is the consummate professional; he did many of the shots in one take. We had him for four hours, and with makeup, costume and the commercial, we used every bit of footage we got from him!” she noted.