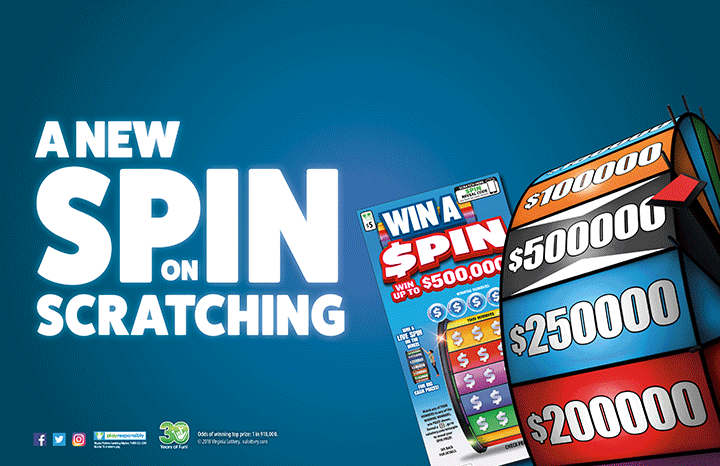 Virginia Lottery launched its $5 scratcher, called WIN A SPIN, in September. Since “The Big Spin” is  trademarked, the lottery needed a “different spin” on the product name. The product’s debut occurred at the 2018 Virginia State Fair.

Weekly sales averaged $1.3 million in the first 12 weeks; the ticket indexed at 142%.  “WIN A SPIN” is doing 43% better than any other $5 game in the last year,” said Katherine Cundiff, Strategic Games Manager, Virginia Lottery.

This scratcher permits lottery players to participate in a live spin at the lottery’s headquarters. Prizes range from $100,000 to $500,000. Cundiff said the lottery has built a whole game show set, since live spin events are live streamed. “It’s been exciting for both the winner and the entire agency,” she stressed.

Since the ticket is slated to sell out in the next six months, the lottery will introduce a second edition at the $5 price point. “We invested in two big wheels so we plan to keep them busy,” joked Cundiff.

Virginia Lottery is also monitoring OLG’s success with its $10 The Bigger Spin since a spinoff at a higher price point is a natural evolution for the product.

A key difference in how Virginia Lottery versus OLG markets this scratcher occurs at retail. OLG players can watch the prize reveal on monitors installed at retailers. “We didn’t have monitor capabilities,” said Cundiff.

She said players go to a URL to view the wheel spin on their mobile phone or desktop monitor. They have to put in the validation code to reveal the prize. “It is the same experience,” said Cundiff. Players can also bypass the SPIN and simply cash their ticket at retail.