DC Lottery’s New Online Portal: “Fun Is At Your Fingertips” 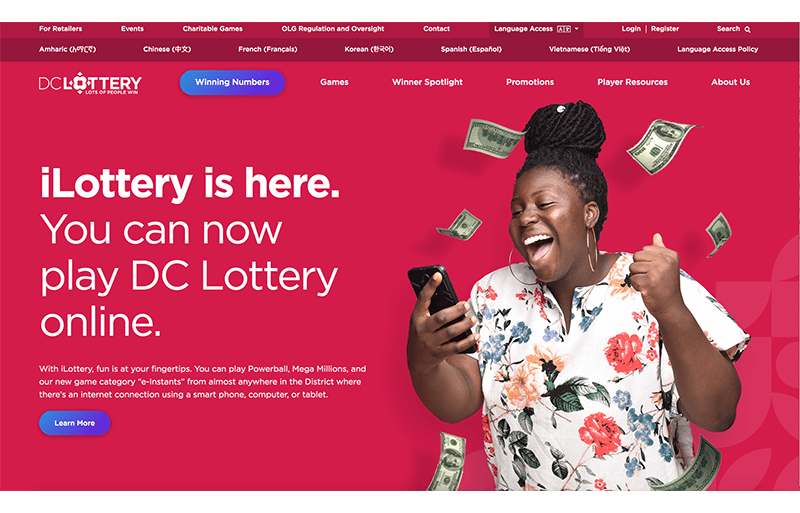 “Fun is at your fingertips” is the slogan promoting the DC Lottery’s new iLottery portal. “iLottery is here!” Online lottery sales went live on December 18. 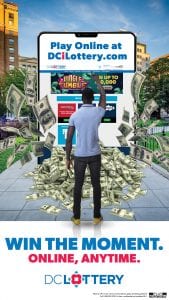 “We are encouraged by the early feedback and reception thus far to our iLottery platform,” said DC Lottery Executive Director Beth Bresnahan. “With just five weeks in market, we’re averaging more than $150,000 a week in sales—that’s a lot for a small lottery! These new sales are helping offset the year-over-year dip in traditional lottery sales we’ve experienced since the pandemic has significantly cut down DC’s daytime commuter and visitor population.”

Currently, DC Lottery players can purchase its new game category, “eInstants,” as well as Powerball and Mega Millions. But more draw games will be available for purchase online in the first quarter of calendar 2021.

In DC, eInstants are high-payout games. This duplicates the successful approach adopted in nearby jurisdictions, such as Pennsylvania and Virginia. “We have to compete,” stressed Jordan.

The role of promoting iLottery is quite different from traditional lottery games. Instead of running a monthly promotion, the lottery “needed to transition from [monthly] promotions to one-to-one engagement on a weekly basis,” said Jordan. “The difference is much broader. You need to be prepared for the difference if you launch eInstants.”

After the December “go live” launch, the lottery sent a message to its players’ club and posted on its website. Once players register for a DC iLottery account, they get a free e-Instant play added to their wallet. The lottery will also 100% match the first deposit with up to $250 in bonus money.
“Initially, we sent special offers to our Players Club. We also used organic social. On January 4, we began paid social,” said Jordan. “We also began digital marketing. We fully went out in mid-January with our full campaign.”

The DC Lottery is running some traditional ads for brand awareness on TV, radio and OOH. “We’ll add a mix of Google Search, paid social, OCR and digital radio. We created a Sizzle Intro,” said Jordan.

DC Lottery will run 15-second spots on TV. “We want to show iLottery is a convenience and a reward,” said Jordan. As example, she cited the player who finishes her workout and can then treat herself to some fun entertainment. The humorous ads show how to integrate iLottery into a player’s life.

In the second stage of promoting iLottery, the lottery will highlight new eInstant games.

DC Lottery’s goal is to offer 30 different eInstants in the first year of operation. The plan is to launch two new games per month. Jordan said the lottery is selling a “DC Payout” eInstant which is for the hometown. “It looks like a DC flag,” said Jordan.

The recent runup of the Mega Millions and Powerball jackpots is also motivating lottery players to sign up for an online account. “In terms of the registration numbers, we are seeing steady week-over-week growth. We launched the platform on December 18th as the dueling Powerball and Mega Millions jackpots were rolling, which helped contribute to our registration growth,” said Bresnahan.