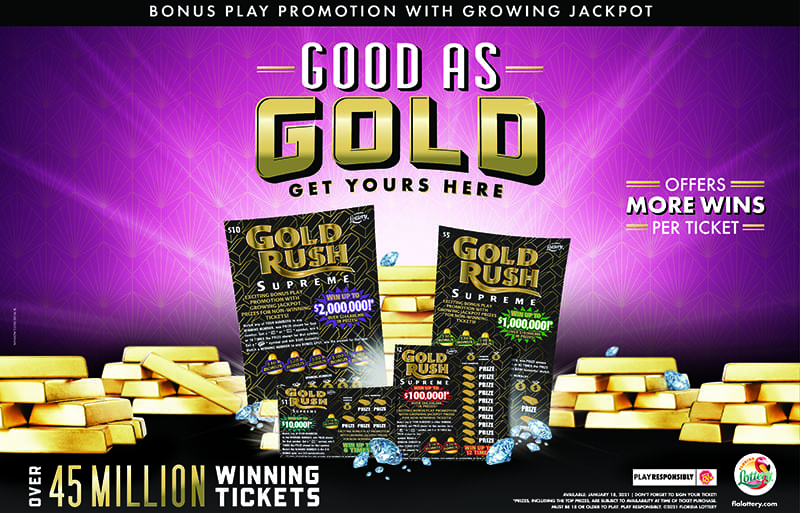 The slogan for Florida Lottery’s for GOLD RUSH SUPREME family of games (FOG) is “Good as Gold.”

For the first time ever, its bonus play (previously second chance) promotion will offer a growing jackpot prize that increases with instant ticket sales. “Also, the promotion will span more than one year, which allowed us to add a promotional callout to the ticket art without concern of dating the tickets in market,”said Shelly Gerteisen, Director of Product, Florida Lottery.

Offering a big instant game proposition immediately following the holiday is key to blockbuster sales. “The post-holiday period presents an opportunity to retain new players who were gifted lottery tickets during the holidays, and FOGs provide a unique way to maximize advertising efficiencies by mass marketing games of varying price points,” said Gerteisen.

In total, Gold Rush sales in Florida have exceeded more than $10.4 billion, or an average of over $386 million per game. “Gold Rush games have accounted for just over 2% of our games offered but have accounted for over 16% of total Scratch-Off sales,” Gerteisen.