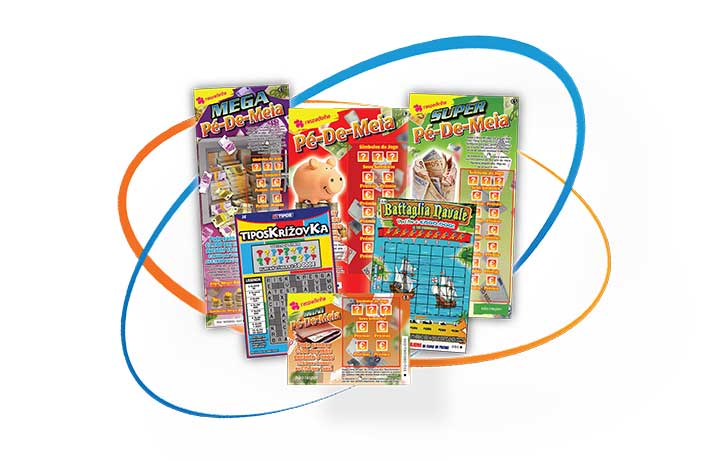 Sales of printed instant products in Europe have grown by 16.5% since 2011, up to $30.493 billion in 2017 (Source throughout: La Fleur’s World Lottery Almanac 2007-2018).
What accounts for this growth? The seeds go back to 2006, when the introduction of new instant games into the Italian market saw the country’s instants sales surpass the €3.389 billion annual instants total for France (until then, the world category leader). Other EU countries also spurred growth with instants over the past 10 years. By 2017, instants sales for Italy’s Lottomatica were over €9 billion. From 2011 to 2017, instants sales for Portugal’s Santa Casa da Misericordia de Lisboa (SCML) grew by 611%; the U.K.’s National Lottery by 67%; and France’s Française des Jeux by 50%, to name a few.

Extended play games have been growing in popularity in Europe. In Slovakia, they accounted for 12% of TIPOS’ total sales in 2017, including Bingo, Crossword, and a Loteria-style game.

Poland’s Totalizator Sportowy has a comprehensive portfolio of extended play games, accounting for 17% of its portfolio. Lottomatica has built a niche for extended play games representing 9% of sales and continues to expand it. Many other EU lotteries have developed this category.

Deragon notes that European lotteries had tended to offer lower price points than other regions of the world. Establishing some higher-priced games has injected new energy and choices into the market.

Families of games offer the same theme at multiple price points. “When players have a game they like, there’s an opportunity to increase the play value, the payout, and the top prize under the same brand,” says Deragon. In Portugal, where SCML is seeing the greatest growth in Europe, two families of games currently account for 56% of sales. In Italy, Lottomatica’s Miliardario and “Multiplier X” families account for 54% of total sales. In the Czech Republic, SAZKA’s families of games are driving the portfolio, with two families (Rentier and Black Pearl) driving 53% of sales.

Says Deragon, “We constantly work with our customers to please their players and develop games with high play value. Watch for innovations with Super Ticket®, Loteria, Crossword Connect, Criss Cross, Extended Bonus, the new NOW&LATER™ games, and many more.”