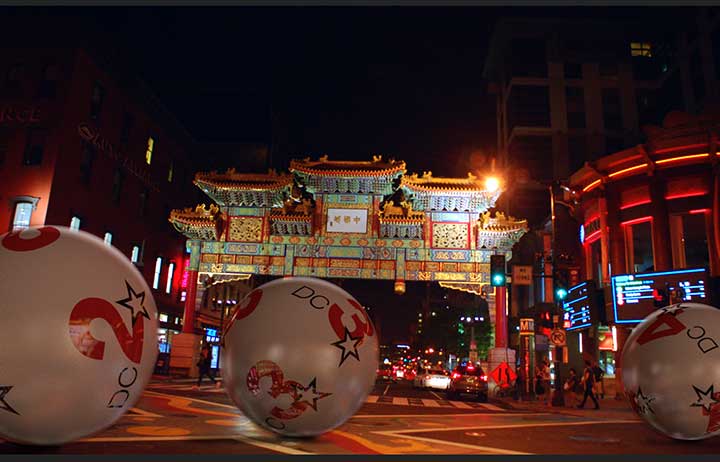 The DC Lottery will debut a new draw design for its four daily numbers games (DC2, DC3, D4, and DC5) on September 1. The inspiration for the new design came from the DC Lottery’s award-winning Neighborhoods ad campaign launched in 2017.

The dynamic and engaging visuals feature animations of oversized drawing balls rolling by a montage of city sights that are well known to DC Lottery players and beloved by Washingtonians, such as Chinatown, District Wharf and Ben’s Chili Bowl.

“We love this new creative approach because it successfully connects our drawings to the community we are so proud to be a part of and to support. Twice a day, every day our drawings will provide players in the District with a few minutes of fun and entertainment, and hopefully delivering a few smiles with their winning numbers,” said Beth Bresnahan, Executive Director of the DC Lottery.

The Origin® Digital Draw System —a product of Smartplay International—is being used to generate the daily draws and compile the animations.

“The Origin® not only draws the numbers but compiles the creative animations and generates random neighborhood scene backgrounds so the player is not seeing the same creative day after day. Additional backgrounds can be added in the future,” explained Darrell Smith, Vice President, Smartplay International Inc.

“Under the DC Lottery’s direction, we worked closely with MDB Communications (the lottery’s ad agency) to develop the animation. MDB provided the neighborhood footage and voiceovers while the Smartplay team created the 3D ball animations and combined them the neighborhood scenes,” said Smith.

Another new feature is the option of adding an intro and outro video of any length. This might be a commercial or player testimonial.

This feature is placed outside the certified animation which gives DC Lottery the option of changing out this video more frequently to sync with holiday campaigns or special events.

“The new draw technology gave us the opportunity to increase the complexity of the draw animation and makes it more interesting,” said Bresnahan. “If the draws are more interesting, people are more likely to engage, which ultimately increases sales.”