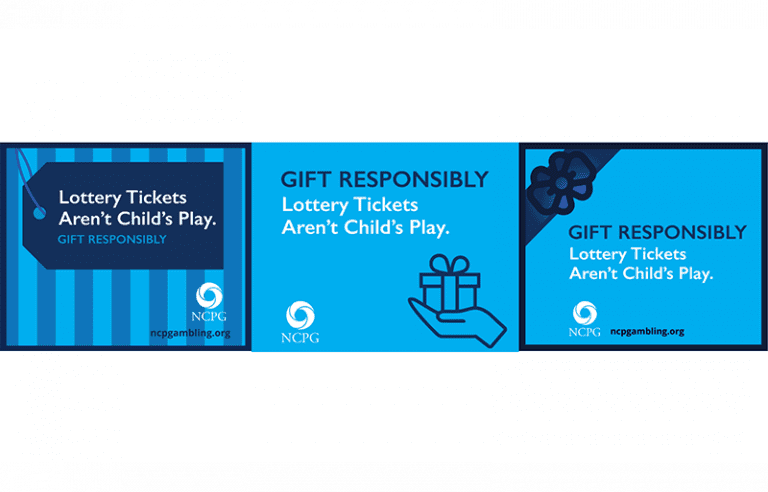 Each year since 2002, the National Council on Problem Gambling, the International Center for Youth Gambling Problems & High-Risk Behaviors at McGill University, and lotteries around the world have raised awareness about the risk of adults giving children lottery tickets as gifts during December.

The impetus for the annual campaign is based on research. Many young people report their first gambling experience occurs around 9-11 years of age. Early gambling experiences, including with lottery tickets, are a risk factor for later gambling problems. Laws for purchase, play, and redemption vary by state, province, and territory. In many jurisdictions, it is legal to play but illegal to purchase. Regardless of the legalities, lottery tickets may inappropriately expose vulnerable populations to gambling problems.

This year we rebranded what was formerly known as the Holiday Lottery Campaign as the Gift Responsibly Campaign (GRC) for a simple reason. We want the message to extend beyond the end-of-the-year holidays. The new moniker provides lotteries with the flexibility to promote the responsible gambling message to other gift-giving occasions such as birthdays and graduations.

In addition, to the new name we also created three new collateral design options, including digital files that can be used for social media sharing. Visit NCPG’s website to learn more about the GRC and view the collateral design materials. Updates to the accompanying toolkit will be available soon.

The GRC is also endorsed by the North American Association of State and Provincial Lotteries.

In 2020, for the third year in a row, 100% of Canadian and U.S. lotteries, along with numerous international lotteries, non-lottery organizations and NCPG members participated. We expect further growth this year.
Written by Keith Whyte, National Council on Problem Gambling Executive Director