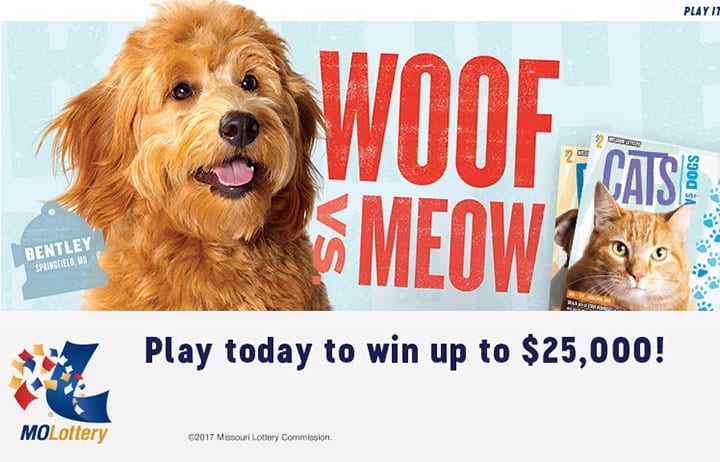 The top 10 trends for digital marketing in 2018 include a palette of choices including influencer marketing, blogging and voice marketing (aka Alexa-type devices) but the number one favorite based on an informal poll of U.S. lottery marketing directors is video.

“Video is everything! I am new to the Minnesota Lottery, and one of my goals is to move towards more video,” declared Morgan Early, Digital Marketing Manager at Minnesota Lottery. “Eventually I’d like to see about 95% of our content being video. This means everything from animated GIFs to produced spots, to live streaming. The best way to do this is to be creative and innovative. We want to show people that the Minnesota Lottery is fun and the best way to convey that message is to SHOW them. We also have to reach people who might not be ‘typical lottery players.’ The best way to do this is through digital marketing since we can target in such a specific way. Digital marketing also allows us to measure results and trends in a way that isn’t possible in traditional marketing.” In 2017, the Missouri Lottery launched a Facebook Live campaign called Cats vs. Dogs designed to drive fan interaction and acquisition.

“Fans encouraged specific cats and dogs, and cheered them on through comments and likes during the duration of the campaign. In total, the campaign drove 2,315,993 impressions, 2,208 comments and 7,323 likes. Additionally, 535 people shared posts featuring their favorite cats and dogs, which helped us reach an even wider audience with 418 new page likes attributed to the campaign,” said Nancy Rollins, Marketing Manager, Missouri Lottery.

Video is also a great teaching tool to demonstrate how and why playing the lottery is fun. For example, the Minnesota Lottery developed a digital campaign that featured videos of novice lottery players scratching a lottery ticket. “A really fun campaign that performed really well was ‘Minnesotans Play Lottery Tickets for the First Time.’ This was a short, fun video that showed people playing scratch tickets for the first time. It was a way to introduce people to the Minnesota Lottery who may not typically play. The video received more than 1,054,125 impressions on Facebook and Instagram. It was also played on Twitter, YouTube, and on our website,” reported Early.

Considering the hours that consumers can “lose” watching adorable kitten or puppy videos on YouTube, it is no surprise that video boasts higher retention rates than text-based content. The headline for a Forbes article published February 28, 2017 touted “We Spend A Billion Hours A Day on YouTube, More Than Netflix and Facebook Video Combined.”

In the Forbes article, YouTube VP of Engineering Cristos Goodrow explained the company’s decision to measure the amount of time someone spent watching a video—rather than how many views a video got—because the metric was a better way to understand whether a viewer really enjoyed the video. “It wasn’t an easy call but we thought it would make YouTube a more engaging place for creators and fans.”

As a point of comparison for the amount of time spent on the competing sites, users spent 116 million hours on Netflix and 100 million hours on Facebook videos.
Video can be optimized. A digital marketing manager can measure the click-through rates as well as how far a viewer watched, the drop-off point or whether a video was rewatched (maybe multiple times). Video also allows a viewer to experience the brand promise. For instance, the Florida Lottery chose to capture the excitement of Florida winners participating in the inaugural PowerCruise in January 2017. The videos will also assist the lottery in its marketing efforts for PowerCruise 2.

“We shot videos during the board process and the concert. We posted an IG story featuring some of the winners from Florida, along with on-board activities,” explained Amber Seale, the Florida Lottery’s new Chief of Brand Management.

The Hoosier Lottery uses both video and Facebook Live posts on social media. “Our most effective videos are live video of events culminating in a highly-anticipated moment. For example, we have seen high results with live promotional drawings,” said Melissa Pursley, IGT Indiana on behalf of the Hoosier Lottery VP Marketing and Product Development.

The lottery’s highest achieving live promotional drawing was in August at the Indiana State Fair. During the fair, players could enter a specific non-winning $5 Scratch-off for a chance to win a pick-up truck. “At the end of the fair, we invited players to join us at the fair or on Facebook Live to see the drawing. We had about 80,000 people watch the video on Facebook, and our winner found out he won because a relative who watched the drawing on Facebook called him to let him know he was the winner,” said Pursley.

The best successful application of social media in calendar 2017 for the California Lottery was its holiday Scratchers influencer marketing campaign. “The holiday timeframe provides potential to promote our products as gifts. Through influencer marketing, we were able to provide the suggestion of gifting Scratchers through the voice of a trusted, influential and relatable personality in a manner that provides a solution to those who might be stymied about what to gifts to give. It’s also a great method to reach younger consumers in a different manner than traditional advertising messages,” said Sharon Allen, Deputy Director, Sales & Marketing, California Lottery.

To kick off sales for the new Lotto America game that replaced Hot Lotto, Delaware Lottery used a treasure hunt. The lottery ran a “Lotto America social media campaign where players/consumers had to locate the ‘star ball’ hidden around our state. Although we didn’t get the engagement numbers we projected, it generated a lot of excitement for launching the new game,” said Barbara Hutchins, Lottery Assistant Director, Traditional Games, Delaware Lottery.

The best performing Social Campaign for the Florida Lottery was the ‘Holiday Cash Live Stream.’ “This consisted of five LIVE Streams, each driven by user engagement. Users voted by reacting to which present they wanted Santa to open live. In each present was a special gift, consisting of a book of HOLIDAY CASH Scratch-Off tickets, iPads, Apple watches, Beats headphones and Xbox Ones. The primary KPI focused on user engagement, which exceeded over +837,000 engagements and was 365% higher than previous live stream executions in 2017,” said Seale.

The Hoosier Lottery’s most successful social media campaign in 2017 was its support of the Powerball jackpot reaching a high level.

“Our best posts within this campaign bookended the year, with one in January 2017 and one on New Year’s Eve. These campaigns spread awareness of the jackpot while engaging our users, asking them to dream about the jackpot. Combined, the two campaigns reached nearly 1 million Facebook users, generated more than 1,500 comments, and were shared more than 2,200 times. The campaign got our players dreaming and communicating with us and each other,” said Pursley.

“While the jackpots were not yet ‘water cooler’ level, we believed we could spur conversation and motivate sales through our Facebook page. So, we invited players to tell us what they would do if they won a jackpot and we awarded 20 Lottery Bucks to a randomly chosen respondent. For the first time ever, we also boosted our post with a $10 budget. The response was immediate—743 comments were received on the post and nearly 14,000 people were reached. And the comments were heartfelt and priceless,” said Wendy Ahlm, Director, Advertising & Marketing, New Mexico Lottery.

The Pennsylvania Lottery also jumped on the band wagon to launch campaigns during jackpot fever last summer and again during the holidays.

“Our top performing paid campaigns for Facebook and Instagram included jackpot awareness for Powerball during a high jackpot run in August and ‘Gus Sledding’ featuring shots from our Gus Holiday Sledding TV commercial in December. Powerball was $535 million and our boosted post netted a reach of 586,628 and experienced the most engagement of 2017 with over 6,300 reactions, comments, and shares. Our Gus sledding boosted post achieved a reach of 180,353 and also with great engagement with over 2,272 reactions, comments, and shares,” said Beddow.

“While we don’t run traditional ‘campaigns’ in terms of a specific flight on/off periods, we use engagement-based tactics throughout our channels, seasonality-themed,” said Randy Warick, Assistant Marketing Director, Washington’s Lottery. “We structure our execution efforts around call-and-response based posts that pose questions to our audience, themed around a mix of seasonality factors (outdoor sports in summer, indoor activities in winter) and ticket incorporation. This allows us to connect with our social audience in a more personal way, while building connections and promoting tickets with less of a hard sell factor. If broken out on a quarterly basis, these could be considered ‘campaigns’ in our strategy.”

Another big trend in 2018 will be to implement campaigns that can bridge the gap between social media and in-store. Examples abound including screens at retailers with user-generated content or running scavenger hunts.

“We always look to develop communications that connect and build a cohesive message across all channels, so that the customer is experiencing our brand at every touch point, in the most impactful way,” said Seale. “Many of our social activities leverage promotions, second chance reminders/giveaways, etc. We also look for the most impactful way to communicate our CTA, and drive consumers to act, play or engage with our brand. We continue to optimize this entire process by testing new ad formats, content types and promotions.”

The Hoosier Lottery will offer more in-store help through ticket scanning as well as integrating its loyalty platform within its app. “For the first time ever, players will have more convenient access to myLOTTERY, and at the touch of a button they can simply scan their tickets to enter our 2nd Chance promotions,” said Pursley.
“We remain focused on ensuring we are not just connecting with players where they are, but also engaging with them with personalized and relevant messaging,” she added. “In addition to utilizing digital across all marketing campaign support, we have continued to evolve our technology within our digital platforms.”

The California Lottery assists its retailers in using social media to promote their businesses and lottery products. “Using a ‘train the trainer’ approach, our social media specialist has provided training to key field sales staff members,” explained Allen. “They are provided information and materials to help advise retailers on best practices, examples and tips on how to share CA Lottery social media content within their pages. In addition to this effort, we have made social media information and training available at our retailer tradeshows during the year.”

Allen said the California Lottery continues to broaden its activity with social community mobile apps, such as Waze. “Using geo-proximity technology available through the app, we’re able to serve product and promotional messages when app users are near a CA Lottery retailer,” she said.