National Bloc Ad Campaign: Is It Time To Reevaluate? 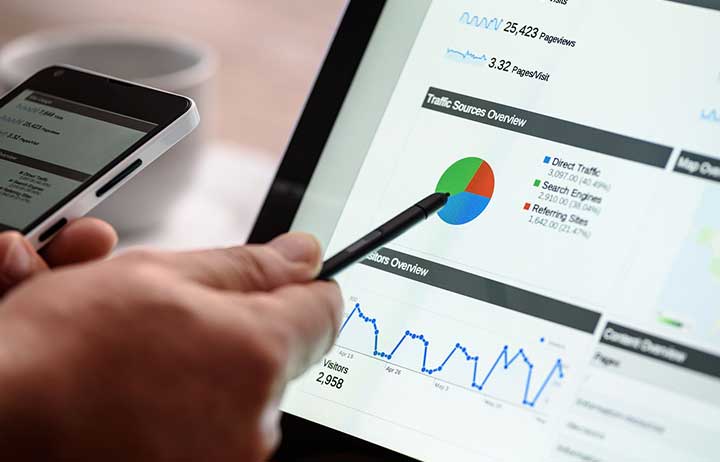 Joining forces to create a multi-jurisdictional bloc lotto ad campaign is hardly a new idea for the U.S. lottery industry.

Certainly, one of the best examples is 15 U.S. lotteries running the ad campaign, “It’s America’s Game–The One and Only Powerball,” starring the Ray Charles in 1991 (see page 21).
But interest is percolating up from the ranks of lottery marketing directors who would like to share a national (or multi-jurisdiction) ad campaign for Powerball and/or Mega Millions.

“With Powerball, it’s great when we all come together for creative. Coming from a small state means a small budget. But I love to be able to get together as a group, have a large monetary pool, and go out and get really great creative,” said Maura McCann, Marketing Director, New Hampshire Lottery. “Often times, though, from lottery to lottery, everybody has their own ideas that they want to run with. What I’d love to do is have a library of jackpot alerts available. Even if we all threw $5,000 into a pot, next thing you know, we have a quarter of a million dollars to do 10-second jackpot alerts, 15-second jackpot alerts, and what you could do as a state is just go to that library and grab the ones you’d like to use.”

The concept found immediate support from other lottery marketing directors. “I loved the idea of a library of national jackpot alerts and strategies that was discussed in DC last week,” said Edie Frakes, VP, Marketing, Kentucky Lottery Corp. (KLC). “I also think that a national ad campaign can be effective for some shared resources. Good examples of this are the Lucky For Life and Cash For Life partnerships that have been formed over the last five years. I also think that every lottery does have their own priority list every year and with limited budgets may have different priorities, that’s why when you have an opportunity such as we had with Papa Elf this year, you WANT to share!”

“We can also offer this to other lotteries, syndicate to share in the costs of talent renewals,” said Frakes. There was footage shot with next year in mind, substituting out the specific tickets.

“The Newart ad was a great example of rotoscoping,” concurred John Gorman, Chief Marketing Officer, Maryland Lottery. “That gives us the ability to reuse ad themes year after year by superimposing current game graphics on a previously shot spot. That can save hundreds of thousands of dollars in production cost.”

Creating top quality jackpot alert ads to support the U.S. lottery industry’s two biggest brands—Mega Millions and Powerball—seems like a no-brainer but it could be an exercise in herding cats.

“It would be great, but as they say, the devil is in the details. We know just how much ‘earned media’ (e.g., free publicity) can drive Mega Millions/Powerball sales, but we don’t have the will/money/mechanism to simply buy such exposure for ourselves,” said Gordon Medenica, Director, Maryland Lottery & Gaming Control Agency. (He also serves as the Lead Director for the 11-member Mega Millions Group.)

“Lotteries should leverage national media partners through MUSL and Mega Millions Group to consolidate integrated media buying into a single contract that can provide more leverage for jurisdictions,” stated Chris Rogers, Deputy Director, Products & Marketing, Arizona Lottery. “From there, having a templated ‘Jackpot Activation’ campaign that is flexible enough to complement various state brand standards would also be a step in the right direction, but I would not lead with the creative—what lottery’s need is buying power.”
So the issue is not whether the lotteries could attract superstar talent, aka Ray Charles, but IF.

“Celebrity endorsements are a bit of a mixed bag, but certainly using recognizable talent as part of the creative fabric of a campaign can be very effective,” said Medenica. “(We used Cyndi Lauper in an ad in New York, and it worked very well.) Also, music can sometimes play the same role (again, we used Boston’s ‘More Than a Feeling’ for the New York Lotery’s Powerball launch). The creative direction should drive the decision to use celebrities and/or music, not the other way around.”

Clearly, the biggest pro is producing a better quality product for less money.

McCann sees this “turnkey project” as a huge plus—creating something together that lotteries cannot do individually. “By pooling resources, the quality and quantity is far above what we can do by ourselves,” she explained.

The con is managing group expectations. “Each lottery may not like all of the creative as proposed but enough of it to make it worthwhile and to have a number of alerts to use. May the person who takes on this as a project manager, have great strength!” she added, joking (but only partially).

Arizona’s Rogers also sees his ad budget as the big winner. “The positive aspect of this approach lies in the cost saving that could be realized by having campaign syndication. We are realizing this with the PowerCruise promotion at the moment,” he said, referencing the multi-state “PowerCruise 2” program organized by Alchemy3 on behalf of MUSL.

“The downside is that brand consistency goes out the window. When you’ve spent time building campaign and brand equity that may be an expensive proposition to compromise,” added Rogers.

In the final analysis, the project will never see the light of day without a quorum of bloc members willing to fund it. “The pros are clearly the much higher production values that you can incorporate into a national spot. Also, there could be some efficiencies in purchasing national network media, but that may be hard to quantify. The cons are getting agreement among a critical mass of lotteries toward a funding agreement, which is constrained by different state rules on lottery advertising (does North Carolina still prohibit the word ‘dream’ in a lottery ad?). Agreeing on a funding mechanism is probably the biggest obstacle to shared national advertising campaigns,” said Medenica.

There is no question that lottery marketers are willing to work together. “Informally, I’ve had various marketing and product directors and managers reach out to me, and I have done the same with them,” said Rogers. “I am so grateful for all the sharing that takes place in this industry. Cost sharing may be a good idea when it comes to products where we have common ground—like multi-state draw games and licensed products. On the other hand, ensuring Arizona Lottery is delivering a unique experience is what our players have told us they want and expect.”

There also can be hurdles to with sharing ad campaigns. “There are certainly realities in each state that would need to be addressed. The optics on that issue are a reality. We make it a point to utilize Arizona production companies and resources to the best of our ability to keep spending in state. We do this because we get a great product using local talent. But that doesn’t preclude the conversation and in the end if we can get some economies of scale, we should be able to come up with solutions to spread the spending locally,” added Roger.

In the final analysis, this is not a ground breaking proposition. It just will require multiple marketing departments pushing to make it happen.

Medenica offered multiple examples of lotteries which have offered their ads for syndication.

“In the past, some states have offered to share creative with other lotteries (e.g., the New York Boston/Powerball spot was picked up by several other lotteries, and Florida also produced some shared spots), but this sometimes requires incremental talent/rights fees that may not be trivial for some smaller lotteries,” said Medenica. “More recently, the Georgia Lottery produced an entire ad campaign for the $2 Mega Millions price change, offering it to all other lotteries.

“But the vendors can also play a role, as we have seen with the national spots produced in conjunction with Monopoly Millionaires Club, the Willy Wonka instant ticket and the Alchemy 3 Powerball PowerCruise promotion,” he added.

The precedent exists. Wouldn’t it be great if the industry could come together as one to create something like the library of jackpot alert ads? It will pay off big.