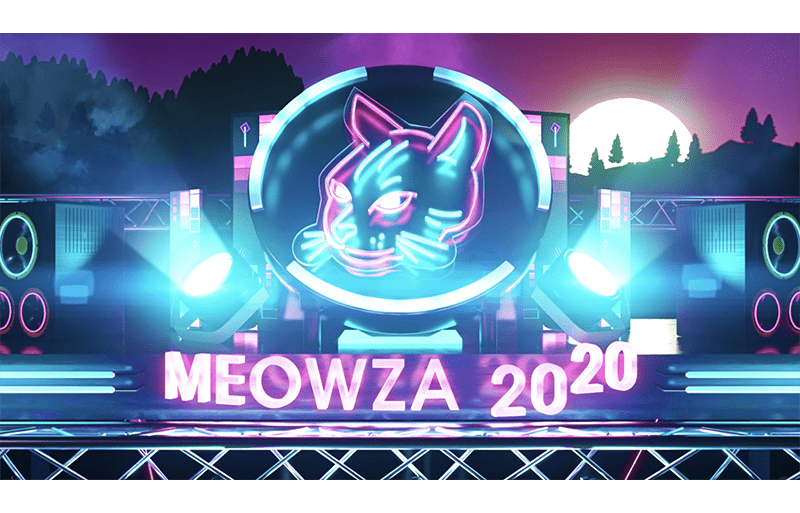 The idea behind the Department of Imagination’s “Let’s Imagine Together” campaign is to bring your players’ most audacious “what would you do if you won” stories to life. 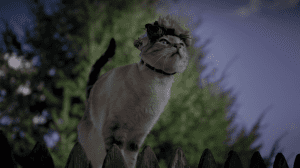 Well, if you are an unabashed cat lover, then this might mean organizing a cat festival called MEOWZA 2020.

This spot includes computer-generated (CG) cats. “We knew we were limited on how many people could be in a room for a shoot during the pandemic, so we filmed several cats in a room with a cat-sized stage setup, and then used a combination of those images with computer-generated cats to bring more depth to the picture,” said Randy Warick, Assistant Marketing Director, Washington’s Lottery.

“This MEOWZA 2020 creative idea has been performing great. Within 14 days of launching this creative campaign in social, we delivered over 2MM impressions and had over 1 million engagements,” added Warick. “We’ve also seen our Video % Watched metric jump to 80% for this spot, which is a big deal for us as we normally average around 60%.” Pawsome.

Selecting MEOWZA as an advertising concept naturally appeals to animal lovers. “We’ve consistently seen higher performance in social with pet creative, so we know our players love their pets. Who wouldn’t?” said Warick.

“For example, we brought an idea to life about an imaginary high-end pet hotel called ‘BARQ!’ that our players loved, so we knew this cat idea would resonate well with pet lovers,” he added.

Could MEOWZA turn into a scratch ticket? “Currently there are no plans to do so but you never know,” said Warick.

Naturally filming during a pandemic could have turned into a CATastrophe but it didn’t. “Wunderman Thompson Seattle abided by all state rules and regulations during the pandemic for this shoot. We worked closely with our production partner Electric Sheep to make sure we were up to date on all pandemic protocols applied by the state of Washington during that particular time (August 2020),” said Warick.

“ In addition to having a state mandated pandemic supervisor on set, Electric Sheep made sure to also involve key crew members who had already produced shoots during the pandemic (i.e. AD, and DP as well as production coordinators), so as to help make sure everyone was informed of all the regulations we had to adhere to in order to insure everyone’s safety during the prep and shoot phases of our production,” said Warick.

Unfortunately, not every audacious idea can be brought to life. “We don’t like to discard any player ideas; we like them all. We have budget and time constraints on how many ideas that we can do in a year and which ideas we can bring to life,” said Warick.

The lottery and its ad agency looks at three criteria when evaluating player ideas that the lottery brings to life:

When the lottery goes into planning for the fiscal year, it considers its media strategy and media deliverables when determining how many ideas to promote each fiscal year.

“Are we delivering 10 million impressions over a media strategy that consists of 30-second, 15-second and 10-second videos? If so, the creative work may burn out very quickly if we just have one idea out there,” said Warick. “With this campaign we made an average of four to six videos and multiple OOH and social experiences in one year. We align the number of player ideas we need with how many impressions that we are delivering over the year as well as what our overall DOI brand objectives are for the year.”

Next up in 2021? “Our final two Let’s Imagine Together ideas (Jurassic Garage and Beehive) will launch in January and February. Following that will be the launch of the new Department of Imagination in March 2021,” reported Warick.