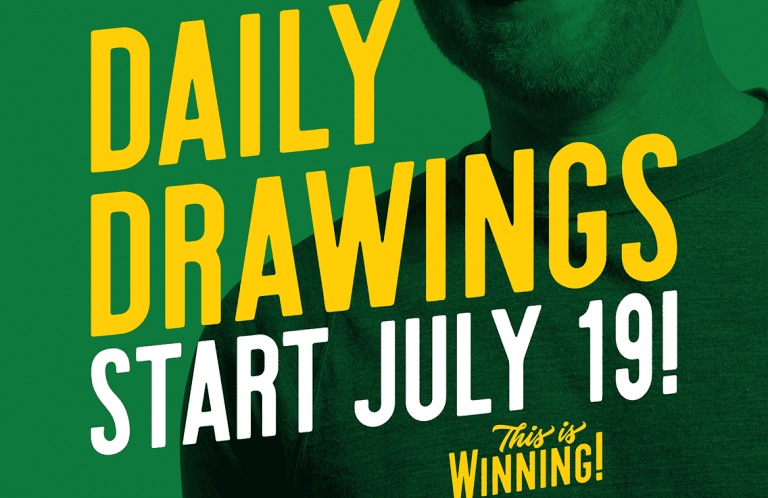 Originally launched as an in-state lotto in Connecticut, LFL morphed into a New England bloc lotto before expanding into a quasi-national game.

“Connecticut Lottery Corp. (CLC) has had a long history with the LFL game,” explained Pete Donahue, Senior Director of Marketing/Interim Director of Sales, CLC. “It started as our in-state game back in March of 2009, expanded to a New England (Connecticut, Massachusetts, Rhode Island, Vermont, New Hampshire and Maine) game in 2012 and has evolved into what the game is today with 20+ lotteries across the country offering players the chance to win $1,000/day for life. The For Life prize continues to be appealing to lottery players both scratch and draw. In addition to the top prize of $1,000/day for Life, the game’s second prize is $25,000/year for Life.”

The switch to a daily draw schedule is the main focus in promoting LFL. Here are a few slogans:

Lottery marketers will try a variety of techniques to get players to try LFL’s new daily draws.

Robin Medina, Chief Operating Officer, Wyoming Lottery said LFL will be relaunched. “In Wyoming, we are taking this opportunity to relaunch Lucky for Life to our current and potential players. We have a very loyal player base for this product and understand that there is great potential to bring in new players for this for life product,” said Medina.

Edie Frakes, VP, Marketing, Kentucky Lottery Corp. (KLC), said marketing efforts will “reinforce the convenience of the top prize being available daily—not having to remember the Monday and Thursday only draw days.”

Melissa Juhnowski, Marketing Manager, Rhode Island Lottery, said the daily prize will also be spotlighted. “We will emphasize the daily nature of the game—daily draws, and a top prize of $1,000 a day.”

Arkansas Lottery Gaming Director Mike Smith said the lottery will vary the secondary game descriptors to focus on the $1,000 a day for life, $365,000 a year for life and estimated cash value of the jackpot. But the primary game descriptor is “Drawing 7 Days A Week.”

The messaging in Connecticut will shift a bit. “In addition to promoting that you can now play 365 days a year, we are going to focus on promoting the top prize as $365,000/year for life. Player feedback from a few years back suggests that is a stronger message that will resonate better,” said Donahue.

“While the change to a daily draw will be the primary focus, this campaign also gives us the chance to build upon the Lucky for Life brand among our players. Lucky for Life is still a fairly new game to South Dakotans, so this is a good stage to reiterate the uniqueness of the Lucky for Life game and its top prize of $1,000 a day for life,” he added.

Bloc lotteries vary on whether LFL will be given extra marketing support.

The Kansas Lottery is executing a “Lucky for You” promotion running July 19-September 26. The lottery will select seven winners for $1,000.

“We’ll also have flash sales and this will be incorporated into the rotation after sales for the new game schedule begins,” said Stephen Ortiz, Director, Marketing & Sales, Kansas Lottery.

The Kentucky Lottery will run a TV ad. “Digital campaign and social campaigns will accompany the broadcast campaign. We will have POS activated at retail communicating the change,” said Frakes.

The Wyoming Lottery will create a radio ad to promote the game change. “There will be no TV; however, we have created a video that will be used for digital channels,” said Medina.

The South Dakota Lottery’s new LFL TV ad will serve as the centerpiece of its campaigns on digital channels.

The Michigan Lottery’s LFL advertising will be limited to POS signage and player interface screens.

The Arkansas Lottery will use retail POS, social digital, outdoor and radio advertising. “Lucky for Life is currently 3% of total draw sales and 0.5% of full-line sales. This will be mostly an awarenesss campaign that will receive secondary marketing support,” said Smith. “We want promote the fact we are moving to daily drawings (seven days a week) with a secondary message where possible of the top prize. We have always referred to the top prize as $1,000 a day for life. We will take this opportunity to show the top prize in an alternative way as $365,000 a year for life.”

Several lotteries interviewed for this article indicated that there would be no big marketing push when LFL switched to daily draws.

“We will use only social media to support the Lucky for Life change,” said Colorado Lottery Director Tom Seaver. “It is a game with a small, core player base, which we believe will become aware of the change pretty organically and quickly.”

“We are projecting 25% lift in sales,” said Wyoming’s Medina.

“We anticipate the move to a daily draw will increase Lucky for Life sales by 17%,” said South Dakota’s LaRoche.

“More drawings will create more winners of amazing For Life prizes across the country. We expect to see an increase in Lucky for Life sales as a result,” said Connecticut’s Donahue.

Other lotteries chose not to provide an estimated sales increase. “Lucky for Life is a niche game in our lineup, and frankly we consider this move to seven draws a trial. We are going to keep an eye on cannibalization, and whether we experience a total sales increase to justify continuing the game,” said Colorado’s Seaver.

The Kansas Lottery will publicize LFL’s switch to a daily draw schedule through virtual events. “We have had success with the Virtual House Parties during the pandemic to promote games, flash sales, and various changes to the Kansas Lottery. This has become so popular that we invested in making this an ongoing concept, and will start up the new Virtual Vault Party in June. We will be sure to incorporate the new Lucky for Life schedule in to the content so players can be more aware of the upcoming changes,” said Ortiz.

The Rhode Island Lottery is not planning any special promotions when LFL switches to daily draws in July. “But we will include a variety of channels, including digital and social in our campaign,” said Juhnowski.

“We’ll be using various days of the week hashtags, as well as #everydaylucky. In addition, we’re having an Augmented Reality Instagram filter created for players to have fun with. It ties into the overall campaign,” she added.

Some bloc members have decided to drop selling Lucky for Life.

The South Carolina Education Lottery (SCEL) will discontinue sales. “Moving to seven days a week really did not fit in our product mix,” said Ammie Smith, Director, Product Development, SCEL. “We knew we wanted to enhance Pick 3 and Pick 4 and introduce a new terminal game so we felt like this was the right time to exit LFL.” (SCEL added Fireball to its Pick 3 and Pick 4 lineup.)