Is Scientific Games’ SCiQ An Investment in the Future? 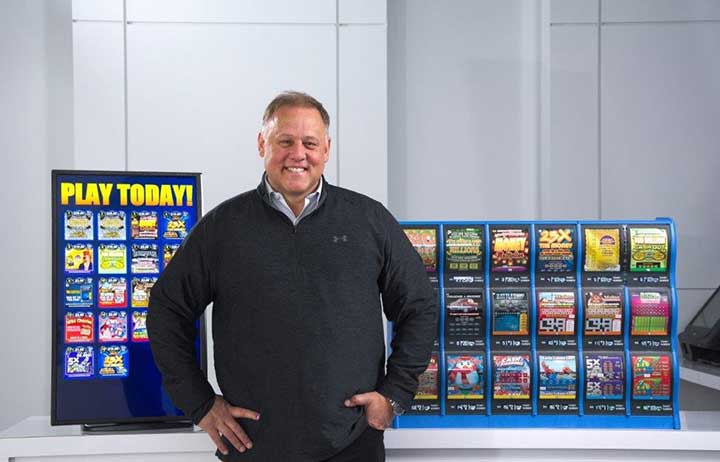 The SCiQ™ ecosystem is clearly a game changer for the lottery industry – in particular the scratcher business which—in the U.S. alone—tops $47 billion. Lottery retailers participating in pilot tests are eager to implement SCiQ. But investment could be an issue in terms of early adoption. And who will cover the investment?

“The MSRP is about $9,000 for a 24-bin SCiQ unit, and $500 a month for all of the associated retail analytics, business intelligence connectivity and services. When you do the math over a five-year period, it costs $7,800 a year,” said Jim Kennedy, EVP, Group Chief Executive, Lottery at Scientific Games.

Scientific Games’ VP Retail Sales Development Jeff Sinacori reported the average U.S. lottery retailer displays $9,600 in instant games on their counter at all times. “Most of this has been already paid by the retailer, so it’s really their money sitting out on the counter. And when there is lottery product loss, it hits hard,” he stated.

“Right now, it costs a retailer about $4,000 in labor hours a year (30 minutes a day) to do the shift accounting for lottery products at one retail store,” said Sinacori. “SCiQ cuts it down to just 30 seconds a day.”

It’s why the nation’s biggest retail chains are piloting SCiQ. “What they are mainly interested in are the operational benefits of SCiQ: ticket-by-ticket accounting, shift accounting, and enhanced security with product in a secure bin. But Circle K really likes the way the product is presented at retail on counter, too,” said Randall Lex, VP, Retail Solutions at Scientific Games.

And retailers aren’t just listening; they are actively participating and investing time and resources in SCiQ. “Retailers want to make this happen,” explained Sinacori. “Lotteries look at retailers as partners, and SCiQ is a great opportunity to invest in that partnership to expand lottery as a retail product category.”

Kennedy said the question then becomes: How do you fund the $7,800 annual investment per retailer for a SCiQ ecosystem? “At a first-year benchmark of 15% sales increase on $500,000 a year, the lottery would benefit from about $75,000 in additional sales—which is about $15,000 in additional profits,” said Kennedy.

One alternative is for lotteries to invest funds from a portion of their advertising and retail incentive programs. “Lotteries spend a lot of money on in-store advertising. These monies could be reinvested, because a great deal of POS goes from the warehouse right into a landfill. With SCiQ, lotteries improve the aesthetic execution at retail. Since you’re dealing with a smaller part of your retailer network, you can afford to redirect your incentive program. Instead of paying out additional cash, you would invest in SCiQ systems,” ended Kennedy.

Lotteries have always supported Scientific Games using its national and international scale to solve industry problems. The company is presenting SCiQ to top management at corporate chains. “The initial reaction at most corporate chains is ‘we only make 5% on lottery, that’s why we bury it on or behind the counter.’ We’re showing them the profitability models that SCiQ introduces,” said Sinacori.

And independent stores shouldn’t be left out of the equation. “SCiQ is not just for chain accounts. Independent retailers struggling with the same lottery product accounting and security issues have expressed great interest in SCiQ. They understand that securing the product and eliminating theft will allow them generate additional revenue for themselves and for the lottery’s good cause. And it will allow them to focus more on growing lottery as a profitable product category for their store,” said Sinacori.

It Comes Down To Profits

Naturally, retailers compare lottery profitability to other products like cigarettes (the number one category), which has an 8% to 13% margin. “We have to demonstrate that SCiQ can take the pain points away and convert lottery into a traffic driver and a revenue generator with a sleek, clean display in their store,” explained Sinacori.

Corporate chains represent a large footprint for lottery retailers. “This is ever expanding with the mergers taking place today. A corporate chain used to have 5,000 stores; now it has 10,000 stores,” Sinacori added.

Making room for the SCiQ bin on the counter requires shifting space. Scientific Games is demonstrating that on a square-foot basis, lottery is a super profitable retail product category.

“We presented a solution to better manage lottery, create operational efficiencies, reduce theft, and improve product display. One retailer said, ‘I knew that I made more money with lottery but it’s such a difficult thing to manage. Now that it’s easier, I’ll make more space for lottery’,” said Lex.

Sinacori shared, “Now we have a technology solution that enables just how profitable lottery can really be. With SCiQ, we’re demonstrating that lottery games can have better visibility and security, and generate more revenue for both the lottery and the retailer. We’re gaining momentum. That’s the journey we are on.”