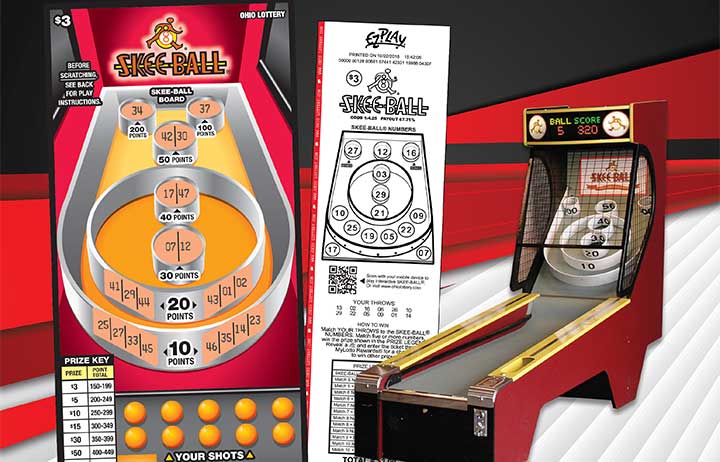 Through licensing deals, U.S. lotteries are teaming up with casual gaming companies that embody the fun of play.

Alchemy3 offers Skee-Ball as one of its many licenses for lottery games, both instant scratchers and terminal draw games.

Skee-Ball is back and better than ever. The game has always been popular with Baby-Boomers and now it’s a hit with adult children of the Boomers as well.

Skee-Ball is based in Pulaski, Wisconsin—“a small town outside of Green Bay where passion, hard work, and fun collide. Bay Tek Games is committed to keeping the legacy of Skee-Ball alive and revitalizing a brand that has lasted the test of time,” according to the company’s website.

Skee-Ball ranks #3 on the iTunes list of the most popular downloaded apps. Now the classic arcade game has quickly become one of the most appealing social interactive games in bars and clubs, catering to the twenty-something consumer audience. The game has become so popular that Skee-ball tournaments are popping up across the U.S. and Canada.

Arcade games do well as a category for the lottery industry. Multiple U.S. lotteries have sold a licensed Skee-Ball instant game. It is a license that lends itself to lotteries’ promotional activities at outdoor events and other social venues.

Alchemy3 also offers an interactive Skee-Ball game that lotteries can offer as a free play on their websites. It is a great way to teach potential players.

Ohio Lottery will be the newest U.S. lottery to launch a Skee-Ball lottery game. “License property games, whether current or nostalgic, provide a connection for players to the lottery product,” explained Ronald Fornaro, Instant Ticket Product Manager, Ohio Lottery. “We use licensed properties to attract new players and provide games that add value for our current players.”

The Ohio Lottery will sell a Skee-Ball scratch game as well as a Skee-Ball instant terminal game, called EZPLAY.

The lottery’s colorful POS reminds players that “Skee-Ball Available As An Instant Game and An EZPLAY Game!” It features both the instant ticket as well as the EZPLAY bet slip.

“Skee-Ball allowed us the opportunity to cross promote the instant ticket and EZPLAY game categories,” explained Maureen Hall, Interim Deputy Director, IT, Ohio Lottery. “The brand allows us to add second chance drawings and an interactive component. This will help to create an entirely new user experience.”

Alchemy3 is working with the Ohio Lottery for marketing and promoting its two licensed-Skee-Ball lottery products.

Playing a real Skee-Ball arcade game will be an opportunity at the lottery’s autumn events.

“We will be featuring the real Skee-Ball game at a national trade show and running Skee-Ball events with an inflatable Skee-Ball machine at multiple events in the fall,” said Ackerman. “And we may use tablet-based versions of the Skee-Ball game as a promotional tool at winter events.”

The Skee-Ball lottery games will also be supported with a seasonal marketing campaign.

In terms of sales, Fornaro said the lottery is estimating instant weekly sales over a 20-week period to be about $350,000.

“If the instant game achieves average weekly sales around $350,000, it will index around 100. If it performs as well as our $3 Frogger game we can expect an index of over 120,” explained Fornaro.

As for the licensed Skee-Ball draw game, Hall said “the $3 price point is not one that we use much for EZPLAY games and this will be the first EZPLAY licensed property game at that price point. We are estimating $50,000 to $75,000 in sales per week.”