Retail and Online Can Coexist in Perfect Harmony 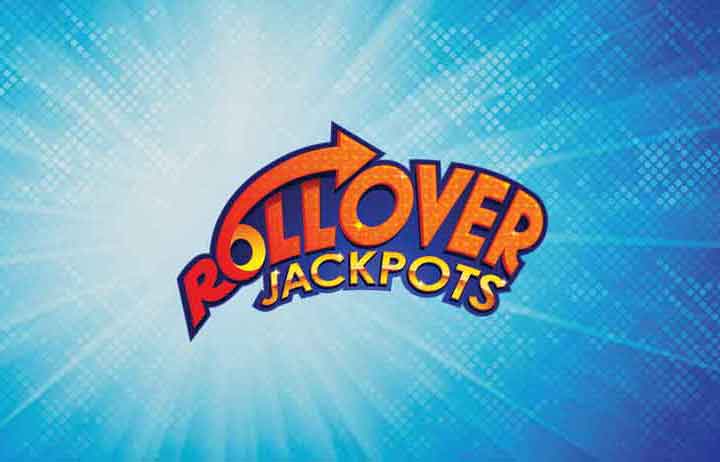 La Fleur’s talks with Jason Lisiecki, IWG’s VP of North America, to find out what lessons the retail lottery sector can learn from online and how they can work together to achieve great results.

Online instant win games have been making waves in the North American lottery sector for quite some time, but there remains a hesitancy to adopt them in some quarters due to concerns that they will cannibalize retail revenues. Is this justified?

“It is understandable that lotteries have concerns about a new online platform eating into their retail income, but thankfully there isn’t one single example of this being the case,” says Jason Lisiecki, IWG’s VP of North America. 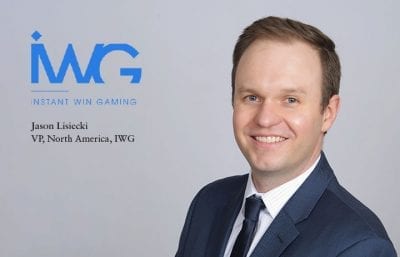 “The most important thing for any lottery when looking to start an online platform is to not lose sight of its retail network,”

Lisiecki continues. “It will have worked incredibly hard for years to build that up and drive revenues to good causes that the online launch simply cannot jeopardize.”
Lisiecki took up his role at IWG in May, joining from William Hill, but he points to his time at Michigan Lottery, where he was Digital Products Director, as a clear example of how a lottery can use its online platform to help grow retail sales rather than cannibalize them.

“Michigan have done a tremendous job in positioning products and promotions to drive players from online to retail,” explains Lisiecki. “When this is done correctly it boosts retail commission and the savvy retailers will pick up on this and actually promote online lottery.”

His claims are backed up by the numbers. In the first full year of its internet program, Michigan Lottery achieved online sales of $146 million and after three years this had grown 320% to $613 million. On the retail side, sales rose from $2.75 billion in year one to over $3 billion in year three—setting new sales records every year after the online lottery launched—which is an impressive feat especially when you consider the maturity of the retail offering.

As more North American lotteries take the steps to move online, the latest being Pennsylvania who IWG have partnered with, Lisiecki is understandably keen to highlight the benefits of iLottery and points to technology as a key advantage.

“There are numerous challenges in retail that are possible to solve online with new technology,”

says Lisiecki. “Take, for instance, top prize availability. Every lottery has had to deal with this issue in the past – early in the lifespan of a retail scratchcard top prizes are hit. It then depends on the individual lottery, some will remove the card from distribution while others will continue to sell it.” He continues:

“The beauty of online is that you can guarantee that the top prize is available for every scratchcard purchase. As long as it’s applicable to your market and regulations, you can present that offering to your players with a grid-based back-end for your online instant win games; a win-win for the lottery and the players.”

Bonus play areas have always been a vital tool in retail scratchcards, but there are limitations to what can be included on the physical ticket, a problem which doesn’t exist in the digital world.

“Physical tickets generally offer a very basic bonus game experience for the player, with just a symbol or a prize amount,” explains Lisiecki. “With online you can take the same win parameter but present the bonus play area in a far more entertaining way.”

IWG’s Cash Buster broke new ground when Loto-Québec became the first lottery to launch a physical version of the hugely popular online game, a move that has since been mirrored by other lotteries. IWG have since extended this with Cash Buster Extreme.

“Not only does Cash Buster Extreme provide an exciting bonus round win, but the player also gets to choose the bonus round game they want to play,” says Lisiecki. “Rather than just winning $20 in one go in the bonus round, the prizes are divided into smaller sums which cumulate to $20, leaving the players wondering what is coming next, when will the game end and ultimately feeling like they’ve had a more personal, tailored and engaging experience.”

Lisiecki also points out that these online games give far more room for trialing and testing in the early stages.

“In the retail scratch industry, the trend is to move to higher price points, but online you can trial and test different price levels,” he says. “If a price point doesn’t work, you can remove it quickly. It’s an easy process that typically requires a quick update to game rules and minor collaboration with the system provider.”

Lisiecki sees flexibility and agility as a key benefit of online lottery: “You’re in a position to try things much more easily in the digital environment than retail,” he explains. “Want to try a unique bonus offer that nobody has done? Send it to 500 users in your database, watch, analyze and assess. If it works, extend the offer, but if it doesn’t you’ve got valuable feedback for future games and campaigns. There are many quick wins available in online lottery that can be measured to prove or disprove the concept or idea.”

There are always going to be clear differences between the retail and online lottery industries, but IWG and major lotteries like Michigan and Pennsylvania have shown that the two can work successfully together if adopting the correct strategy.