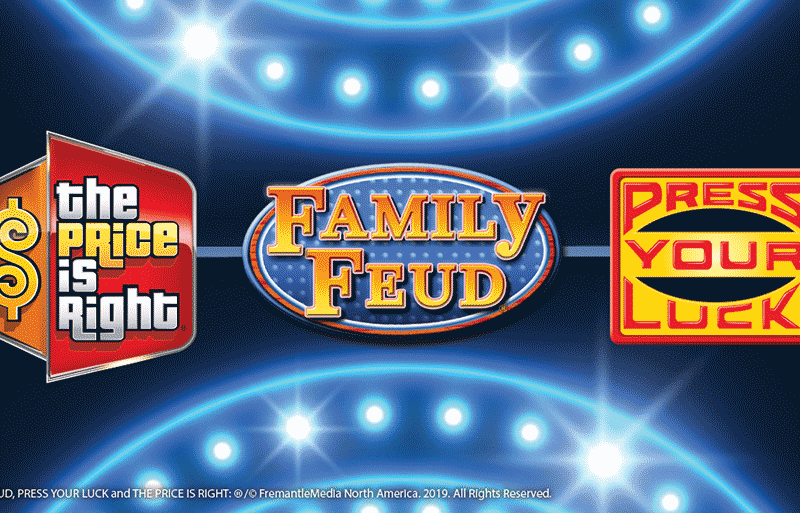 The razzle-dazzle and runaway popularity of three classic TV game shows have tuned in a growing audience of lottery players. THE PRICE IS RIGHT®, FAMILY FEUD® and PRESS YOUR LUCK®—brands that became a familiar staple of American television over the decades—have also grown into an entertaining addition to instant game portfolios.

After creating and launching over 100 different lottery games featuring the three game shows, Scientific Games renewed its contract with Fremantle for the exclusive rights to continue using the brands through 2022. 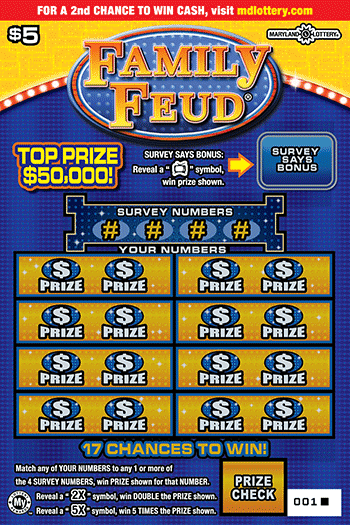 Scientific Games will continue to create lottery games featuring THE PRICE IS RIGHT and FAMILY FEUD in the U.S. and Canada, and PRESS YOUR LUCK in the U.S. The company is the world’s largest provider of instant games, online/mobile second-chance promotions and winners’ events for individual and multi-state lotteries.

A year after creating the concept of multi-state linked instant games with DEAL OR NO DEAL™, Scientific Games turned out a hit themed to THE PRICE IS RIGHT in 2009. Sixteen U.S. lotteries participated, with events held in Las Vegas offering lottery winners the opportunity to play THE PRICE IS RIGHT Live™ stage show for cash and prizes—and be selected to spin the iconic ‘Big Wheel’ with the chance to win up to $1 million.

Florida Lottery Director of Product, Shelly Gerteisen, said, “Since introducing our first THE PRICE IS RIGHT Scratch-Off game back in 2010, the Florida Lottery has seen how this brand, and game show brands like it, bring new players to the instant ticket market. These games are fun to play and fill an important need in our product portfolio. We routinely research brand recall and past and future participation of licensed property games and THE PRICE IS RIGHT consistently ranks as a top performer.”

THE PRICE IS RIGHT is network television’s No. 1 rated daytime series and the longest-running game show in television history. Contestants play a variety of games and contests all with the same basic challenge to guess the prices of everyday and not-quite-everyday retail merchandise.
Maryland Lottery Director of Product Development, Kate Airey, said, “We just launched our third THE PRICE IS RIGHT ticket, but it’s the first time we’ve offered it at the $10 price point. The first two times we launched it as a $5 ticket. Regardless of price point, it continues to be a strong, successful brand that is a favorite among our players.”

FAMILY FEUD premiered in 1976 and has remained one of television’s most popular and enduring game shows. Featuring two families who compete for cash and cars, contestants try to guess the most popular answers to questions posed to 100 people surveyed. It is the No. 1 game show in syndication. 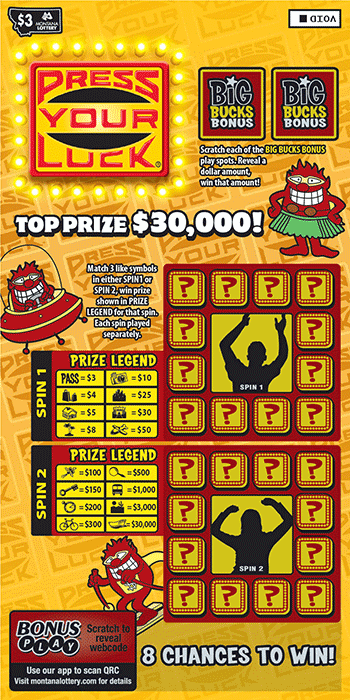 Returning to TV this summer, PRESS YOUR LUCK is a game of wits, strategy and even higher stakes as contestants try to avoid the iconic and devilish WHAMMY for a chance at life-changing cash and prizes. The show made its TV debut in 1983.

Montana Lottery Instant Product Manager, Jay Boughn, said, “We have produced many licensed property games over the years with our valued partner Scientific Games. We have found that licensed property games perform very well and usually perform better than standard games. PRESS YOUR LUCK is no exception. We launched the $3 price point game on April 10, 2019, and on average, the game is activating nearly 50% better than our standard extended play $3 games. The Montana Lottery choose this game because of the unique play style, bright and compelling graphics and the game name tie in with Lottery. Additionally, timing was ideal with the release date of the new PRESS YOUR LUCK TV game show. We look forward to this game being another Montana Lottery success story.”

“Beyond the deep roots these three TV game shows have established in pop culture, they are still gaining popularity with new audiences. PRESS YOUR LUCK is back on television, and in addition to their broadcast success, THE PRICE IS RIGHT and FAMILY FEUD also offer touring versions,” said Rogers.

With more than 150 shows per year on the road, THE PRICE IS RIGHT Live has been touring throughout the U.S. and Canada since 2003. FAMILY FEUD LIVE: Celebrity Edition® just kicked off a new tour in the U.S., and Carnival Cruise Line just announced a seagoing version of FAMILY FEUD LIVE® debuting aboard the Mardi Gras ship in 2020.

FAMILY FEUD, PRESS YOUR LUCK and THE PRICE IS RIGHT: ®/© FremantleMedia North America. 2019. All Rights Reserved.