On the minds of many lotteries is the sustainability of the industry. There are great opportunities and risks moving forward. Scientific Games continues to innovate and invest in the core business to help the industry grow responsibly, bolster its strengths and defend itself against potential threats.

Mobile and internet are vital to the future. The company’s acquisitions of WMS, Bally and NYX over the last six years have played a critical role in digital lottery innovation—and the results are evident. Scientific Games is using innovation to help sustain the long-term growth of the lottery industry. This means the company is still investing significantly to grow the core retail business WHILE investing in digital content and technology.

“The Pennsylvania iLottery launch was the most commercially successful in North American history. Using internet and mobile as a way to engage new players, we are helping lotteries responsibly expand their player base—not go after more from their current player base,” said Patrick McHugh, Executive Vice President, Group Chief Executive, Lottery. 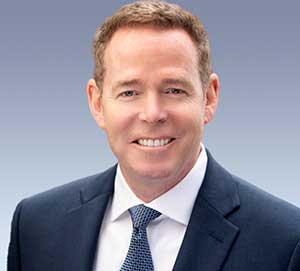 Scientific Games is 100% committed to growing traditional products during an iLottery launch. “In Pennsylvania, there’s been record performance of instant games sold at retail as well as success with digital instant games. It’s critical to structure an iLottery program that is both commercially effective on the internet and complimentary to retail growth,” emphasized McHugh.

Not all lotteries will have an opportunity to sell iLottery in the immediate future, but this shouldn’t prevent engaging with their players on mobile/internet. “In today’s digital world, you absolutely have to leverage digital channels to engage consumers,” said McHugh.

Loyalty programs, players clubs, and using mobile to extend game play and the lottery experience are all ways lotteries can utilize digital if they can’t actually sell games online. This also helps prepare for when the day comes that players can purchase games via mobile/internet. Before it was authorized to sell games online, the Pennsylvania Lottery had a robust and active VIP program with 700,000 players. “So by the time they offered online/mobile games, they had a player base that they could leverage and expand upon. To be successful, you have to do it this way,” McHugh said.

For lotteries that have already begun selling games online, licensed brands may be the next important step to large growth in the category. “Licensed products in the retail lottery and gaming space are proven to have significant value. We already offer them in the iCasino space. They are a natural for iLottery and some of our best-sellers,” said McHugh.

The landscape of gaming is changing rapidly and creating new opportunities for lotteries—especially in the U.S. For example, the new ruling on PASPA opened the door to sports betting. “As an industry, we’re always looking for new and exciting content that connects emotionally with players, and you just can’t think of a better product than sports,” McHugh said. “In markets where we reach new players through sports betting, it’s also driving traditional lottery sales.”

The integration of sports betting into the U.S. lottery industry is still taking shape. For states that legalize sports betting, some lotteries will both regulate and sell sports, while others will only regulate it. “Sports betting authorization for lotteries certainly won’t be as fast as it is in the casino market,” predicted McHugh. “This is something that needs to evolve. If we were to see six more lotteries launch sports betting over the next 24 months, I think that would be a significant win for the industry.”

Scientific Games has sports betting contracts with more than 35 lotteries around the world. “Most of our European lotteries offer sports betting through retail, internet and mobile. Outside of the U.S., lotteries are the preeminent distribution channel for sports betting. However, in the U.S., some associate sports betting with Las Vegas and gaming. As an industry, we need to proactively educate all stakeholders on the growth opportunity for lotteries,” McHugh said.

Despite offering new opportunities, the digital revolution is also causing a large shift in the retail landscape. In Europe, a large percentage of lotteries’ business comes from newsstands and tobacco shops, which are now being forced by changing consumer habits to evolve or risk going out of business. In the U.S., foot traffic in convenience stores is increasing. Of course, the lottery industry’s biggest strength is its retail penetration, so it’s imperative that lotteries evolve with their retailers.

By improving execution and logistics of instant game portfolios, lotteries can grow traditional retail business at the same time. Even in more mature U.S. markets, lotteries employing Scientific Games Enhanced Partnership (SGEP) have seen tremendous success. “We believe success comes down to productive management of the game portfolio and the execution of the logistics around it. Our SGEP instant games management program has recently helped lotteries like North Carolina and Kentucky achieve double-digit growth,” explained McHugh.

Scientific Games manages the game portfolio for SGEP customers, which includes planning the number of games in market, reaching multiple player segments, leveraging licensed properties, and helping execute logistics. As part of the logistics, the company manages the inventory across the retailer network, works with display facings and the lottery sales reps. “All of this is critical to driving growth. Our best engagements are where we are really partnering with the lottery’s product and marketing teams to plan and execute the entire portfolio,” he said.

In recent years, some European lotteries have begun to focus on growing the instant games category. Traditionally, most have focused on draw games. With Scientific Games’ managed services employed, the instant category has shown rapid growth. And the opportunity for growth in Europe is huge.

“We have great examples like Italy, where there has been significant growth. It’s one of the highest performing markets in the world, and Scientific Games provides managed services for their instant games,” he said.

The company is the primary instant game supplier for nine of the top 10 performing lotteries in the world on a per capita basis. “By managing the whole portfolio, we can find the optimal mix of games and attributes to appeal to the most players,” McHugh explained.

WILLY WONKA GOLDEN TICKET™ is Scientific Games’ most successful linked instant game to date. Twenty-three games launched in 18 states. “We generated over $1 billion sales for the U.S. lottery industry through this linked game. These numbers wouldn’t have been possible by launching individual games,” McHugh said. “Blockbuster linked games will continue to be a great way to keep players engaged. They are exciting and the appeal is very different from the regular lottery games.”

Lotteries also must focus on expanding the retail channel—and big box stores like Walmart provide wide-open opportunities. “It is important to be adaptive to major retailers to find out how lottery as an industry and how lottery products can fit into their unique environment. Being able to address retailers’ challenges is very important,” McHugh said.

Scientific Games is working closely with Walmart to help them successfully offer lottery products in their stores. The company solved some of the world’s largest retailer’s challenges by fitting self-service lottery vending machines into their stores. Scientific Games was recognized as 2019 Supplier of the Year for Product by the Walmart Services Division for its PlayCentral® 54 terminal. Now Walmart is expanding lottery to several new U.S. jurisdictions, including Arizona and Pennsylvania. “We think there is a great opportunity to grow lottery retail sales, but we must continue to be innovative and adaptive. Our SCiQ® intelligent instant game ecosystem is another great example of solving operational challenges for retail and providing analytics to maximize execution at retail,” he said. 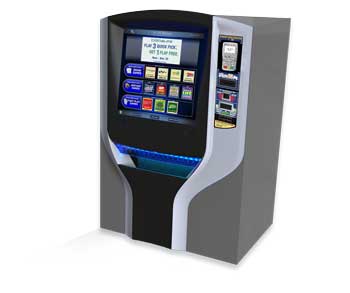 By solving pain points for retailers, lotteries can expect revenue growth. Wawa is a perfect example. This large convenience store chain had stopped selling lottery products because of issues they experienced. The Pennsylvania Lottery and Scientific Games created a technology solution using self-service machines that solved the issues. “Wawa stores in Pennsylvania just passed a billion dollars in lottery sales since the solution launched,” McHugh said.

Lotteries must be wary of policy changes that restrict gaming entertainment in their jurisdictions. These policies often arise from misperceptions about the industry. Lotteries are often grouped with private gaming operations, despite the fact that lottery proceeds are earmarked for state programs. These policy changes have come in multiple forms. One state’s legislature wanted to put warning labels on lottery products. Some state governments don’t want state agencies to lobby for themselves. “As an industry, we need to be more proactive about making lottery beneficiaries and the industry’s existing good governance more visible to all stakeholders,” McHugh said.

Another concerning trend is recent budget cuts for lotteries’ ad budgets. “The industry must better educate political stakeholders in understanding what tools, like advertising, are needed to maximize the proceeds generated for good causes. Lottery is a consumer business and must be able to compete like a real business,” McHugh said.

However, lotteries do need legislators to implement policies that protect revenues raised for good causes. Illegal lotteries and betting operators are threatening lottery proceeds by offering unregulated versions of lottery products over the internet and mobile. These products do not have built-in protections for players. Nor do their proceeds go back to good causes. In Europe, illegal lotteries are prospering by wagering on real, government regulated lotteries. Illegal lotteries could threaten U.S. lotteries as well. “Lotteries and their vendors must work with policymakers and legislators to establish guidelines that are clear and supportive of regulated gaming so gray or black operators can’t come in and compete against lotteries,” McHugh said.

Not all policy changes have occurred in the public space. In June 2019, Apple changed its policy for gaming apps. Now, lottery apps that allow online wagers must be built natively and cannot use HTML5. Thankfully, Scientific Games—as a leading supplier of lottery and gaming digital platforms, mobile apps and games—works with Apple on a regular basis and was already on top of the change.

The future looks promising for both the global lottery industry and Scientific Games. “We always are bringing new game innovations and new technologies to our customers. You’ll continue to see us invest both in retail and digital, and in the expansion of the lottery ecosystem with new ways to sell at retail. And you’ll see a lot more from Scientific Games on BIG DATA and analytics,” said McHugh.