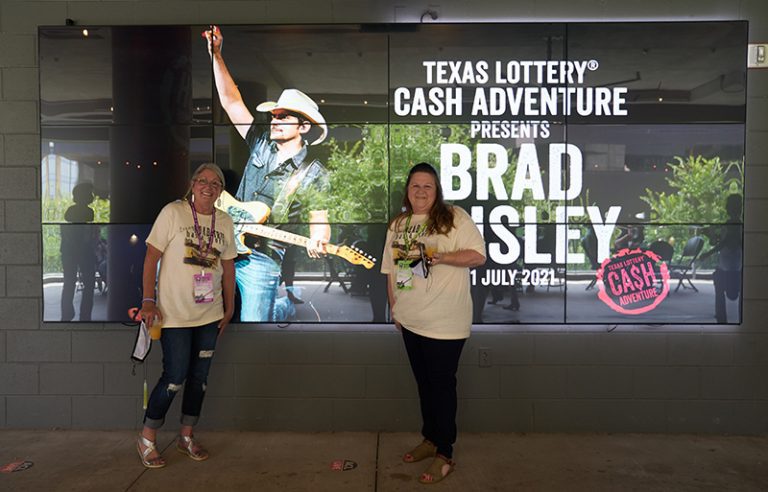 Like the true alchemists of the past, Alchemy3 employees can quickly merge art and science to develop new solutions when obstacles arise. And perhaps the most daunting obstacle in recent memory is the COVID-19 pandemic.

“The unpredictability of COVID caused us to rethink many of our planned 2021 programs, and then rethink them again,” said Schweig. After the declaration of a worldwide pandemic “everybody’s world changed. So, our team came together and optimized our portfolio to better meet emerging consumer trends. With our ‘Go Out & Play’ campaign, we repositioned several of our portfolio brands, focusing on their relevance in this new world. As a result, our customers began considering brands they might not have in the past. They better understood the relevance of our programs and the value they bring to lottery consumers.”

“When we first pitched the program, it was centered around in-theater experiences with Fandango movie ticket prizes and a grand prize of a walk-on role in a New York Lottery commercial with a $1 million ‘movie star paycheck.’ With COVID, that all stopped,” said Schweig as movie theaters closed and productions shuttered.

Alchemy3 quickly transformed the program to meet a changing consumer landscape. “We knew Fandango had a streaming service, FandangoNow. So, let’s change the movie prizes from an in-theater experience to an at home streaming experience. We also knew consumer demand for food delivery was at an all-time high, so we secured a partnership with GrubHub to augment the prizes further. Dinner and a movie, all delivered instantly and safely via a digital channel. Desirable, relevant prizes perfect for the time,” explained Ben Nicolls, Director of Marketing & Sales, Alchemy3.

Alchemy3, Pollard Banknote, and the Texas Lottery teamed up to offer an event promotion called the Big Cedar Lodge Cash Adventure associated with the Gems 7’s scratcher family sold in 2019. The second chance grand prize event was supposed to take place in early May of 2020, but COVID changed all of that.

“Our Texas program went through so many twists and turns. The original program was set up as a large-scale location event. Five hundred Texas lottery winners and their guest were to go to Bass Pro Shops’ Big Cedar Lodge in the Ozarks for three days. There were several activities the players would participate in such as fishing tournaments, golf tournaments and skeet shooting. That was to be followed by a private concert from Rascal Flatts,” said Schweig.

Once COVID struck, Alchemy3 got agile. Instead of holding a large-scale group event, Alchemy3 arranged for promotion winners to book their stay at the Big Cedar Lodge at their leisure, when they felt comfortable. “Their rooms and meals were paid for. We were going to reschedule a private Rascal Flatts concert event for later, but this was their farewell tour. Now we had to figure out the entertainment piece,” added Schweig.

Alchemy3 moved the private concert event to Austin and booked new talent, country legend Brad Paisley. “Due to COVID restrictions and concerns, that concert had to be rescheduled three times. Finally in July 2021, we had the event. It was amazing. It turned out better than we could have hoped. We know the downside of COVID, but the upside was that people were so delighted to go to a live event and interact. They were so nice, appreciative. And the Texas lottery is so great to work with, we really appreciate their flexibility as well. We are not done with COVID. One of the most important things that has come out of this process is we must have back up plans,” said Schweig.

But COVID isn’t the only driver for agility; equally important is customer need.

Washington’s Lottery is the latest example of how Alchemy3 can transform and pivot. With Washington, the company responded to a client’s challenge to make an established brand bigger and better through an all-new execution.

“Our clients are constantly looking for value,” said Nicolls. “Although we have a very successful Skee-Ball brand, our lottery clients might require more. It is up to us to add more value to a program.”

Alchemy3 reached out to its partners at Bay Tech Entertainment to brainstorm. “They are excellent partners and were open to combining several of their licensed properties on one ticket. Accordingly, we developed Triple Play. Featuring three games on one ticket, the game offers tremendous play value to players and the value of three brands for the lottery client,” said Nicolls.

Washington’s Lottery Triple Play ticket met the players’ value expectations. “It is a $10 game with a larger ticket format. The challenge becomes how do you make the ticket playable across three brands. We accomplished this by mixing the play styles—extended, key number match and yours beats theirs—three core play styles, all on one ticket. So, no matter which play style a player prefers, it is there. It also may introduce a player to a style they don’t usually purchase and encourage further trail in the future via another game,” explained Nicolls.

Triple Play also allows lotteries to bring back Skee-Ball as a new game in a new way. “On the topic of agility, often lottery clients will say this (Skee-Ball) game performed well and we want to run it again. For a variety of reasons, the second and third round does not work as well. I think the triple approach breathes new life into this game. Round two could be Skee-Ball and Pop-A-Shot. Round three could be Skee-Ball, Pop-A-Shot and Cornhole. That is beneficial to the lottery. It makes each game iteration different and fresh,” said Schweig.
Putting multiple games on one ticket extends the fun. “The players are getting more play action then ever before. We are rewarding them for their affinity to the ever-popular Skee-Ball brand,” said Nicolls.

I’m With the Band

Now Alchemy3 is reimagining live music experiential prizing. “Lotteries are beginning to get tired of the big concert event thing. There’s the big dinner and the concert. It is being overdone and we hear that. That is why we made the deal with GigTours™. With GigTours, you’re not just going to a concert, you’re going on the road with the musicians as a part of their entourage. You are eating with them. You go backstage with them and get front row seats. You are living the life of a traveling band. That is what we have to do. We have to reinvent,” said Schweig.

Alchemy 3, in partnership with GigTours, will launch the new BIG COUNTRY CASH Scratch game and the associated “I’m With the Band” promotion in 2021. Winners of the promotion experience a five-day, four-night adventure on the road, traveling and touring with an a-list country music artist.

The Tri-State lotteries comprising Maine, New Hampshire and Vermont will be first to participate. “We are doing our first GigTours with Tri-State. They are sending two buses with Lee Brice. The game will come out at the end of 2021 or early 2022,” said Schweig.

“Who doesn’t want to have the chance to be a roadie and travel with the band without having to lift any heavy equipment,” quipped Lisa Rodrigue, chair of the Tri-State Marketing and Product Development group and marketing specialist at Maine Lottery. Rodrigue went on to say “we (the lotteries of Maine, New Hampshire and Vermont) are thrilled to have partnered with Alchemy3 on the new $5 scratch ticket called BIG COUNTRY CASH featuring ACM and CMA awardwinning country music star, Lee Brice. It’s the unique second chance prize that we think will really interest our players, the chance to be on tour, travel in an actual tour bus with Lee Brice and his band for a week, see a couple of concerts and enjoy life on the road. This is an event money can’t buy!”

Change is an eventuality for every business in every industry. In its 14th year, Alchemy3 stays on top by being responsive to changes and pivoting to serve the new needs of its customers quickly—by being agile alchemists.