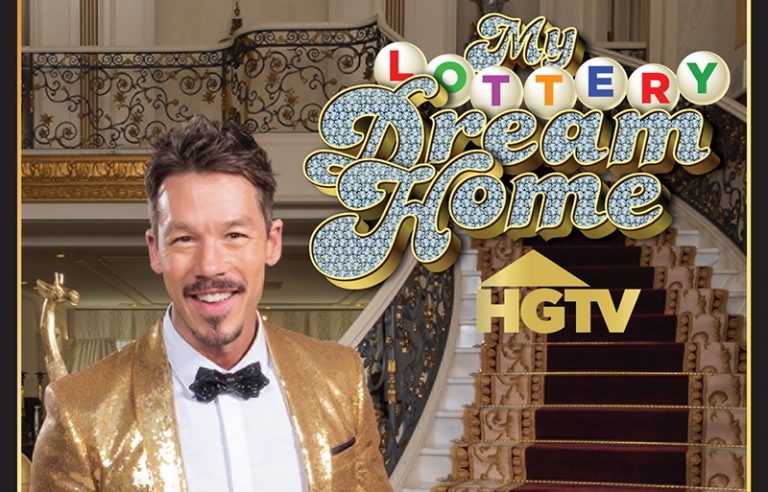 My Lottery Dream Home is one of HGTV’s most popular programs. It highlights lottery winners as they purchase a home after claiming their cash winnings. It would be hard to think of a more effective infomercial for the lottery.

Yet, it has not had any official tie-ins with the lottery category—until now. In October 2021, Alchemy3 successfully negotiated to bring the popular property into the industry as a scratch ticket. The top prize will be cash to purchase a home or renovate an existing home.

A single moment has the power to alter the life of a lottery winner forever. The public celebrates (and envies) their good fortune for a day and then moves on to the next viral story. The brilliance of the My Lottery Dream Home series is that it captures the next chapter of the winners’ lives: a new home after their win.

David Bromstad, the show’s host, visits real lottery winners after their big win to help them purchase a house. He learns what is their intended budget and then shepherds them to their dream home. The show quickly won over viewers and is now on its 14th season.

“It’s such an incredibly popular show, and its audience consists of people who have the greatest propensity to play the lottery. Viewers are already thinking about their own dream home when they watch this show,” Alchemy3 President Jeffrey Schweig said. “It’s so crazy perfect.”

As of April 2020, the previous season saw double-digit rating growth and attracted more than 56.6 million total viewers. With home prices increasing across the United States, it is not surprising that so many people are attracted to a show that lets them dream about their perfect home. While popular with all demographics, it is particularly popular with women between 25 and 54.

The large audience is not shocking because of how relatable the winners in the show are. Instead of showing winners holding a giant check on a stage, the program introduces viewers to the winners in their current homes. They are normal, even a bit awkward, and the audience can easily imagine themselves in the place of the winners.

“One, it is a feel-good show, and two, it is a fantasy show. We’re not showing massive houses, so people think they can win the lottery,” Bromstad said on Celebrity Page. “People are like, ‘I can win a million bucks. I can do that.’ It is not a matter of if they are going to win, it is a matter of when.”

The My Lottery Dream Home ticket will seek to capture the same sentiment that the show fosters in the audience. When fans see this ticket at lottery retailers, they will realize their next home does not have to be a dream any longer.

“I can’t leave my house without someone recognizing me,” Bromstad said. “I thought I would be more famous for my interior design. Now I am the house guy; I am the lottery guy.”

His fame as the ‘lottery guy’ made it critical for the Alchemy3 team to ensure his likeness was part of the asset package. “He is the show!” Schweig said. “David represents the dream of owning the perfect house, and he’s handing you a key to whatever your lottery dream home is.”

Lotteries can use Bromstad’s likeness on tickets and point of purchase signage. Alchemy3 can also hire Bromstad to do programs for marketing purposes. The true showstopper for the program is the possibility of the ticket winners appearing on the actual show.

“HGTV is considering doing programs featuring our winners. If it were to happen, David would take people out who won the My Lottery Dream Home ticket’s top cash prize,” Schweig said.

Although it is far from a guarantee, the possibility to have the ticket’s top winners showcased on national TV is tantalizing. Each winner would be a living advertisement for the ticket and the show.

The homes that many lottery winners purchase are surprising. A name like My Lottery Dream Home creates the expectation that the purchased houses would be multi-million-dollar mansions. Yet, many of the winners have chosen smaller dwellings.

“We’re not showing massive houses, so people think they can win the lottery,” Bromstad said. “Most of our winners are a million bucks. That is attainable for people.”

Many winners choose to spend only a partial chunk of their winnings on buying a home. “It is fascinating to watch the winners. Many only spend a fraction of their cash winnings on a home,” Schweig said. “That’s the beautiful part about it. Everybody has a different dream.”

The TV show has some engaging lessons for the industry. Without a massive jackpot, the industry has struggled to get into mainstream media. Yet Bromstad consistently captures a large audience.

“We don’t always have a $550 million jackpot to talk about. [Bromstad] has shown you don’t need to rely on that. People love to watch the stories about small winners making the purchases that they dream about,” Schweig said. “That is how he has become the ‘lottery guy.’”