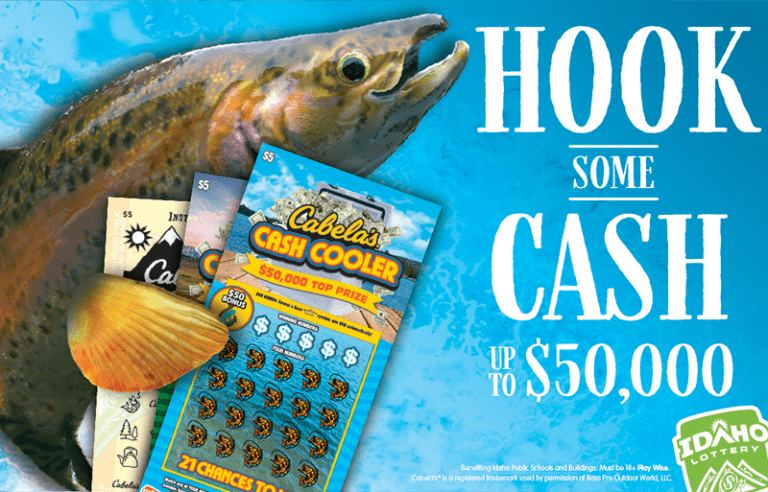 The Idaho Lottery launched a fascinating omnichannel campaign based on Alchemy3’s Cabela’s brand. They took a unique approach by intentionally downplaying the brand on the face of the ticket to increase its appeal to the Lottery’s core audience.

The Idaho Lottery decided to focus the ticket on an image that had resonated with their player base in the past: a large cooler filled with cash (or, as the Lottery dubbed it, a “Cash Cooler”). The Cabela’s name is still prominently displayed on the ticket, but the Cash Cooler name and image dominate its face. In the background are scenes from Idaho. The play area shows some hunting and fishing themes. The Lottery also launched a Cabela’s Instaplay ticket to round out the product category.

“When Alchemy brought this to us, they had also tested the Cash Cooler concept with a focus group, and it tested extremely well,” Moody-St. Clair said. “It was a no-brainer to do this ticket.”

“The Idaho Lottery’s wish to shift away from highlighting the brand while balancing it with images that will attract a core player is a smart strategy,” Jeffrey Schweig, President, Alchemy3, said. “By focusing on the cash cooler and a wilderness theme, the ticket appeals to everyone but still capitalizes on the Cabela’s and Bass Pro Shops brands.” 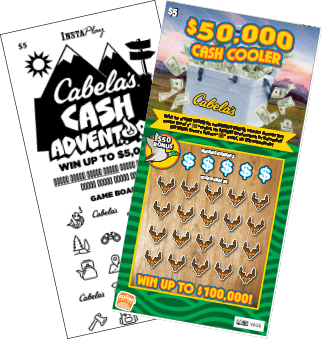 Advertising for the game includes whimsical images of deer, moose, and fish. The point-of-sale posters feature epic dad-joke puns like: Don’t Moose Your Chance. “Some people can get serious about hunting and fishing,” Moody-St. Clair laughed. “I think we did a good job making it light-hearted. We’ve used animals in our advertisements for the game, like the Mule Deer, but animated their eyes and mouth to make them look happy and goofy.”

The TV spot also centers around this menagerie cast talking with a hunter. The characters are also introduced to players through animated spots on the Lottery’s Player Advertisement Displays (PADs) and DreamTouch Vending Machines at lottery retail locations.

Alchemy3 and the Lottery worked with the three Cabela’s stores in Idaho. The Cash Cooler ticket was launched on March 7, and Bass Pro Shops and Cabela’s kicked off their annual Spring Fishing Classic on March 10. This was the first year the stores did in-person events since the pandemic.

“They were excited to have us there and do something to make it bigger,” Moody-St. Clair said.

Each store hosted events during the month of March. The Lottery became a pop-up retailer selling Cabela’s tickets. They were joined by radio stations that did remote broadcasting at the events.

Finally, Moody-St. Clair and her team ran an impressive social media campaign, including a six-week Cabela’s theme contest. Every Monday, the Lottery posted a cooler full of something, for instance, marshmallows. Players guessed how many items were in the cooler. Every Friday, a winner was announced live on Facebook.

The Idaho Lottery also posted content pieces about the best places to fish and hunt in Idaho. “We’ve worked with Fish and Game, another state agency. They’re giving us the tips,” Moody-St. Clair said. “It’s a natural partnership since Fish and Game sells licenses in many of the same stores we do.”

The Alchemy3 team convinced Bass Pro Shops to enter the lottery category. The outdoor retail giant was apprehensive about putting its brand on a lottery ticket but was won over by Alchemy3’s approach to being cautious with the brand’s image.

It was a turning moment for the industry. “Bass Pro Shops was critical in terms of convincing a big conservative retailer to partner with the lottery industry,” Schweig said.

As both companies celebrate milestone anniversaries, the Idaho Lottery Cabela’s program is one of many incredible campaigns the two companies have done in conjunction with lotteries.