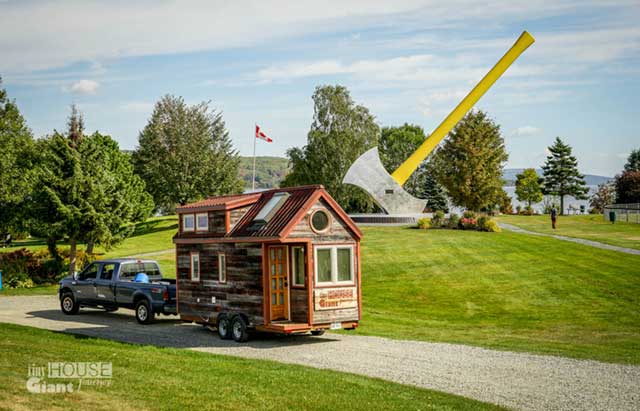 At the 50th annual New Hampshire Home Show last month at the Radisson Hotel in Manchester, judges from the New Hampshire Lottery picked another tiny house — this one built by students at the Huot Career & Technical Center in Laconia — to be used as the “second-drawing” prize in the lottery’s new “Tiny House Big Money” scratch ticket game.

Mark Hounsell, who is a Conway School Board member and also a Carroll County commissioner, believes that the honor of being chosen by the lottery should be Kennett’s, because the students there built the house themselves, on time and without any non-student labor in the design and build process.

On Monday, Hounsell said he is exploring an injunction that would halt the distribution of money from the sale of the Kennett House while state Rep. Gene Chandler, R-Bartlett, said he intended to speak with the Lottery Commission and Gov. Chris Sununu about the matter.

But for Todd Mezzanotte, who is the associate national director of the NH Homebuilders Association, both the Kennett and Huot houses are winners, as is the association’s initiative to promote interest in the building trades.

In October 2016, the association, which had been in contact with career and technical schools for several years about tiny houses, announced a partnership with the NH Lottery to launch Tiny House New Hampshire with the aim of putting more students into building trades classrooms, and in that way produce new workers.