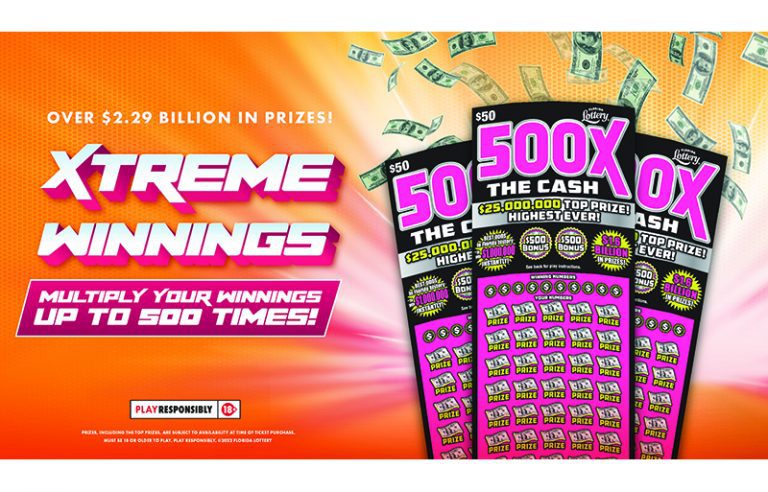 In late February, the new first-ever $50 scratch-off ticket in Florida, 500X THE CASH joined the X THE CASH family of games. “Our goal with this ticket launch was to leverage our prior success and equity of the X THE CASH brand,” explained Everett Williams, Director of Advertising and Marketing, Florida Lottery.

Florida Lottery introduced the first X THE CASH family in July 2012 and has since produced five iterations of the cash multiplier family. With the release of 500X THE CASH, the Florida Lottery launched its most XTREME marketing campaign ever!

“This campaign will run for a six-week flight and focuses on highlighting extreme moments — to leverage the idea that this is truly our biggest and most extreme ticket to date,” said Williams. This campaign includes a new TV strategy which consists of FOUR unique spots that are 7.5 seconds each that will be stitched together to create two :15 second spots, as well as :15 second versions of each “scenario” for a total of SIX different spots! To raise awareness, the :15 second extended cuts will be used on CTV and pre-roll to optimize coverage without flooding the market with too many versions in one media area.

“As part of our social media engagement, we are producing two “Scratch Factor” livestreams — where three contestants will be putting their courage to the test by participating in extreme scratch ticket challenges that involve a host of creepy crawlers including live snakes, worms, and edible crickets! The livestream shows will be broadcast on our Facebook page for the viewers to follow along and enter to win prizes,” he explained.

The TV production for this campaign was full of its own challenges as well. “The extreme scenes, conceived and created by our Advertising agency PPK, included a live contortionist shooting a bow and arrow with her feet! And also a man playing the clarinet while covered in thousands of live bees! The bees were brought on set and controlled by a professional beekeeper. For production efficiencies and for safety reasons these shoots were done at a studio location, and the backgrounds were placed in post-production,” ended Williams.