Convergence is a term that some in the industry began talking about five years ago. Today, the term is overused but it shouldn’t be undervalued. In the new world order of legalizing gaming, it is a reality in many markets. 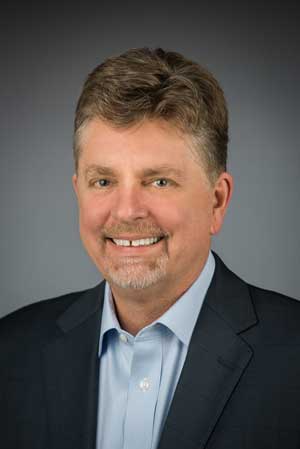 Scientific Games took big steps with a series of strategic acquisitions: WMS (2013), Bally (2014) and NYX (2018). Jim Kennedy, EVP & Group Chief Executive, Lottery at Scientific Games, likes to frame it as Scientific Games’ way “to be a fundamental part of the global gaming industry.” He said the company’s combined investments with the WMS and Bally acquisitions totaled $7.5 billion. It invested $600 million+ acquiring NYX, and created the new SG Digital group.

“We hear a lot from our customers about the importance of innovation investment. It’s why we have invested billions of dollars to make sure that we are equipped for the future of their business. SG Digital is part of our overarching strategy to be right in the middle of the convergence of gaming, lottery, digital and technology worldwide,” explained Kennedy.

“With the Supreme Court decision on sports betting, the demand for best-in-class technologies and services is surging. Our OpenBet™ platform from NYX demonstrates our commitment to lead by building on our other lottery sports betting technologies. When you combine this leading platform with the global lottery sports wagering system we already had, it’s a clear indication that Scientific Games is putting our money where our mouth is,” he added.

Kennedy wants lotteries to understand the strategy behind the company’s evolution “because often times the magnitude of what we’ve accomplished gets lost—people don’t appreciate how fast the gaming world is changing.”

He points to examples of what Scientific Games has achieved for customers. “We completed our NYX acquisition in early January 2018, and just months later launched Pennsylvania’s iLottery,” said Kennedy. “Eighteen months would be normal. We did it in just five months.”

“The ability to launch full, head-to-head sports betting for the Delaware Lottery as quickly as we did after the PASPA decision also demonstrated our preparedness across all the technology platforms in Delaware,” said Kennedy.

He added that the player base increase for Atlantic Lottery’s new omni-channel system in Canada provides a significant testimonial about the power of lottery and digital integration.

Turning his eye toward Europe, he referenced the company’s recent work with Norsk Tipping’s new system launch and Danske Spil’s systems conversion. “We’re bringing the traditional and digital worlds together for our customers,” he ended.

Scientific Games believes most traditional lotteries will soon operate a loyalty program even if they haven’t gained legislative approval to sell games online. But operating a loyalty program is strategic. It can accelerate a lottery’s entry into iLottery when/if the opportunity is presented.

“We leveraged a lot of our Bally® player acquisition assets to create our next generation of lottery loyalty because we evolved our focus to bonusing. It’s now about earning points for second-chance drawings, and extending our interactive second chance drawings capability into a loyalty program,” said Kennedy.

He cited the 2018 launch of Missouri Lottery’s second-generation loyalty program. They kept the online rewards store but added more entertainment by offering points with drawings. This strengthened player engagement and back-end analytics. It also lowered the overall cost of the program because Scientific Games is able to scale it.

“We’re now getting results from our test markets. We are working on the ecosystem—part of this experience is a very deep understanding of across all of the reporting for major retail chains, and all of the business intelligence and operational enhancements that are needed.”

Scientific Games has launched multiple SCiQ pilots in a total of seven states with more on the way. Kennedy said the average retail sales increase with SCiQ is 10% to 15%. There are outliers on either side. “Shrinkage from ticket pick-out and theft will drop to virtually zero in terms of cost management for the retailer,” he said. As for SCiQ expansion, he said the company is starting to move into larger footprints in selective states.

“We have 17 states that are participating or have participated. We have produced over $1 billion in tickets for this game,” said Kennedy. “Now we are gearing up for the second Billion Dollar Challenge in 2019. International attention is rising, particularly with the potential billion-dollar jackpot offer and the unparalleled sales success of the WILLY WONKA GOLDEN TICKET in the U.S.,” he said.

Kennedy said that Scientific Games’ investment in innovation to create a billion dollar prize is not automatic. “It’s not anything the industry can take for granted. We’ve been innovating across multiple fronts for decades. We also lead in the area of prize structure innovation. Getting this promotion right—all of the aspects of creating the excitement for WILLY WONKA GOLDEN TICKET and the Billion Dollar Challenge brought in some of the most impressive innovation that I have seen. It is very important for Scientific Games, but also for participating lotteries because it allows them to control the excitement instead of waiting for a big jackpot to just happen.”

Several new, exciting multi-state link game concepts are in development at Scientific Games “because of course now the question is what’s next?” he acknowledged.

The legalization of sports betting in the U.S. will have far-reaching impact. Kennedy believes the question is not how sports will establish a new vertical for the gaming industry, but rather how states will manage their return on investment from their entire gaming regulatory assets.

“Legislators are gearing up for the 2019 session. There are a lot of new administrations coming in,” said Kennedy. “States have to develop policy to figure out how gaming is going to look in their jurisdictions for years to come. Sports betting forces a gaming governance question. States sit on the axis, which is the ability to regulate gaming in their jurisdiction to maximize the financial benefits and the protection of their citizens. This is the opportunity. This is the challenge. Because if policy leaders approach this moment as just sports betting and not as a way to look at digital and retail and venue gaming—and how it will impact their states longer term—they could be missing the entire potential.”

Scientific Games views the sports betting opportunity as a fast-moving train lotteries have to board quickly. “We understand the economics and how this all can work together to maximize the value for the states. We encourage other companies in this space to cooperate to make sure the agenda is being set correctly for the next five to 10 years. We have learned a lot from our European customers,” said Kennedy.

The risk is that governments are looking at the various forms of gaming as separate and isolated vertical products. If a player can play a game offering at a 90% return via internet/mobile in one vertical, it can essentially cannibalize another vertical’s game that offers a 70% return.

“If there is no attempt to maximize benefits to the state, the consumer will gravitate to where they get the highest payouts with the least amount of friction. This will invite synthetic lotteries into the market. These companies are regulated in one stream, one way, and regulated in another stream, another way. The government will lose a significant amount of control and ultimately financial benefit because it will lose overall coordinated governance. They’ve then lost the forest for the individual trees,” emphasized Kennedy.

What he doesn’t want to see happen is states rushing to create a sports vertical that precludes a lottery and its extensive retail and player base from participating. “We need state policy makers to take a fair and balanced approach to determine what is best for players, the state, the lottery and retailers.”

Marketing instant games is part of Scientific Games’ DNA. The company’s expertise dates back to the launch of the world’s first secure instant game in Massachusetts in 1974.

The now nearly $50 billion U.S. lottery industry’s instant game business is transitioning to a coordinated, highly-integrated games business as opposed to simply unrelated mix of ticket themes and sizes. “This is not a loose collection of puzzle pieces; it’s a holistic picture that improves over time,” he said.

“Instant game portfolio management has been at the core practice for Scientific Games over the last 10 years, and we continue to build on it. We produce 64% of the games in the U.S. and 75% of the retail sales. It’s because of this approach.”

“There is an enormous set of data and facts that support this holistic portfolio concept from supply chain management to merchandising,” said Kennedy. “And SCiQ is an extension of this philosophy—to embrace portfolio management as supported by the scale and capability of Scientific Games to get better results and more profits for lottery beneficiaries.”

Kennedy concluded, “Convergence in lottery and gaming is not just a concept, it is a reality. Scientific Games has the foresight and the continued commitment to invest in enabling a secure, entertaining and growing source of funds for the good causes that lotteries support. Exciting and important times.”

All ® notices signify marks registered in the United States.