On September 3, Illinois Lottery launched its $2 instant ticket to help fund homelessness prevention programs. Called “Easy as 1-2-3”, it is the newest example of a “non-branded” instant ticket that supports special causes. 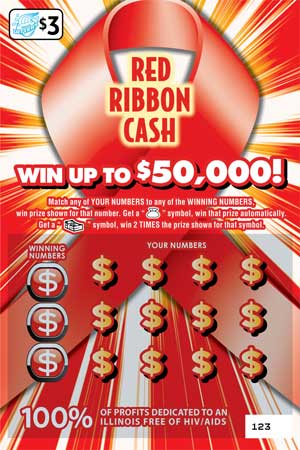 The Illinois Lottery helps the organizations educate the public about their cause as well as the amount raised through the specialty tickets. Under the section “Giving Back,” the seven good causes are listed on the lottery’s website. This section is called “Play with Purpose.”

“When people come to us [to support a program], we have to direct them back to the General Assembly or the lawmaker who represents them. These specialty tickets are created through legislation,” said Jason Schaumburg, Communications Director, Illinois Lottery.

The first Veterans Cash ticket was launched in fiscal year 2006. “It was the first lottery game in the United States to designate 100% of net proceeds to veterans,” according to the website for the Illinois Department of Veterans’ Affairs (IDVA).

In fiscal year 2018, the lottery launched a pilot program for the non-branded specialty game. “We can only do it when we have the stakeholder ton board,” said Schaumburg.

The concept was first used for the scratcher benefiting Illinois veterans’ services. For the first six years, the ticket raised more than $1 million annually for the cause. Then it began dropping to around $700,000 annually. “During winter 2017, we rolled out our first non-branded ticket in the pilot program. It brought in $1 million (versus $728,000 in fiscal 2017) for the veterans’ cause. In fiscal 2019,   it was up to $1.2 million,” said Schaumburg.

Several “dedicated good causes scratchers” now are non-branded, including veterans’ services, Special Olympics training programs and homelessness prevention. When a player flips the scratch ticket, he can find the relevant information about the earmarked good cause.

The lottery also experimented with a hybrid good causes ticket. “We launched a specialty scratcher for police memorials in May 2019. It is called the Blue ticket. It has features that look like the cause it benefits, but it is non-branded,” said Schaumburg

But the lottery also continues to market scratchers that are branded for the specialty cause, such as breast cancer awareness (Carolyn Adams Ticket for the Cure), multiple sclerosis research (The MS Project ticket) and HIV/AIDS awareness (Red Ribbon Cash).

The profits from the “Easy as 1-2-3” game will be deposited into the Homelessness Prevention Revenue Fund and can be used by the Illinois Department of Human Services for homelessness prevention and assistance program grants. 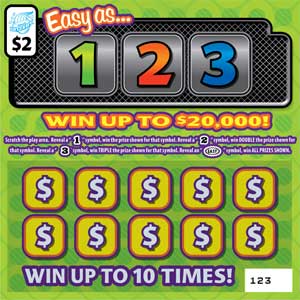 Since 2006, Veterans Cash has awarded more than $13.3 million in grants statewide to veterans’ organizations that provide vital services, including job training, housing assistance, and post-traumatic stress treatment, according to IDVA.

Since 2006, Ticket for the Cure has raised more than $13 million to support breast cancer research, awareness and education in Illinois. One hundred percent of profits generated from ticket sales are distributed by Illinois Department of Public Health, which awards grants to medical research centers and community organizations across Illinois that are working to find a cure or aid those fighting breast cancer.