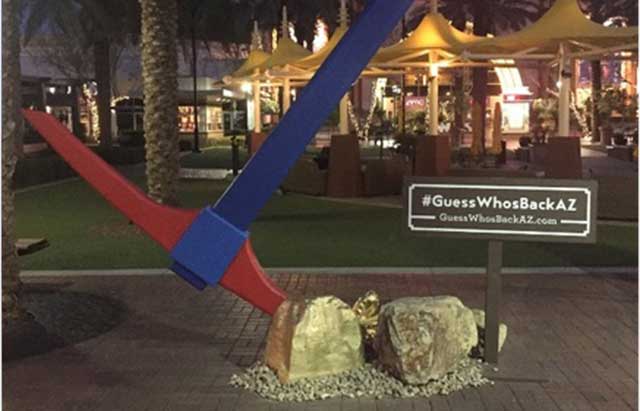 Arizona Lottery has conducted an interesting social/viral media campaign over the past week. Five 12 foot pickaxes were placed in different cities in Arizona. A sign next to each of pickaxes read: #guesswhosebackAZ.

People were asked to post photos to social media using the hashtag. People could then go to the website guesswhosebackaz.com and vote any picture they liked the best. The kicker? Whoever received the most votes won a $1,000.