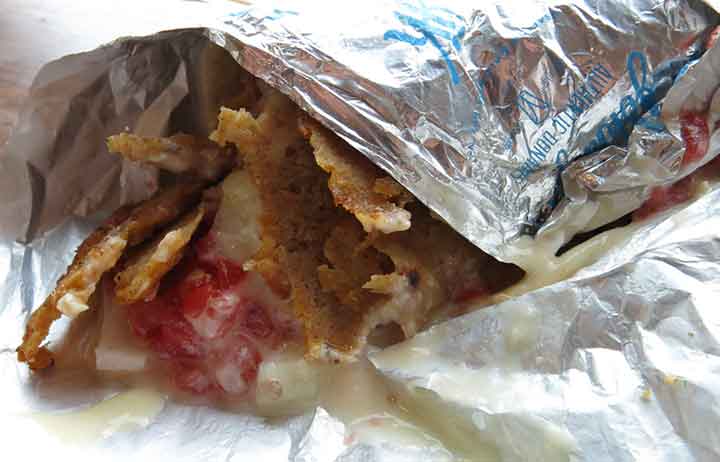 The Maritimes may be best known for seafood, but in downtown Halifax, the donair reigns supreme.

Now, a new lotto scratch ticket is paying homage to the legendary savoury, sweet and saucy sandwich by offering winners a year’s supply.

The two top prizes for the “Mucho Donair-o” $2 scratch card, set to be released Wednesday, are rather predictable — $20,000. What the runners-up lack in currency they more than gain in calories.

“We are always developing new themes for our games and trying to find themes that will interest our players,” Atlantic Lottery Corp. (ALC) spokesperson Christine Manore told CTV Atlantic on Tuesday. “We’ve had a lot of success with food themed games in the past.”

For the uninitiated, Halifax donairs are large pitas stuffed with spit-roasted shaved beef, tomatoes, and onions. The filling is slathered in a sweet sauce before the whole thing gets wrapped up in foil. Eating one is a quintessential Haligonian gastronomic experience that typically takes place late at night, after the bars close.

The King of Donair restaurant chain claims to have been the first to serve the signature Halifax street food in the 1970s. Greek restauranteur Peter Gamoulakos is said to have been inspired to invent a twist on the traditional gyro after moving to the Nova Scotia capital.

The legendary business has been featured prominently in the Trailer Park Boys mockumentary television series.

King of Donair chef Nicholas Nahas said he is happy to be partnering with the ALC by honouring the winner’s $2,500 gift cards.

“I think it’s great for the province,” he said. “Not only is the donair the official food of Halifax, it’s a delicacy for tourists that come here. I think it’s a good thing.”