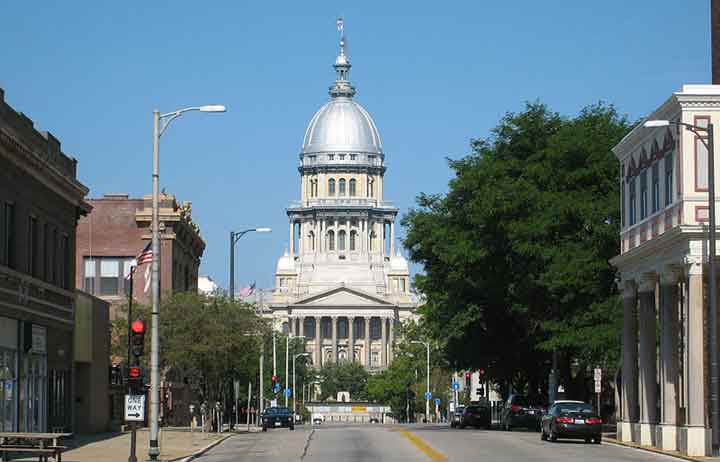 Illinois lawmakers Thursday questioned what’s taking so long to pick a new firm to run the lottery — the state’s most lucrative moneymaking venture — amid years of controversy and disappointing results from the current firm.

The hearing followed Tribune investigations exposing questions beyond the lottery’s tepid financial returns in recent years. That included a report on how the lottery, under private management, collected hundreds of millions of dollars from selling tickets to instant games in which it did not hand out all of the life-changing grand prizes — sometimes awarding no grand prizes before ending a game.

That revelation prompted two class-action lawsuits alleging players were defrauded, and a handful of House lawmakers to ask for a hearing to get to the bottom of what happened.

Thursday’s hearing, however, offered no more clarity to exactly how it was allowed to happen, whether the lottery considered it wrong and, if so, what it has since done about it. Of the dozens of questions asked, only one, by Rep. David McSweeney, R-Barrington Hills, asked the lottery for an explanation after noting he’d “never heard a formal response to the problems.”

The current lottery director, in place since last fall, responded he wouldn’t comment specifically on the Tribune’s findings but noted they involved games before his tenure.

“We’re not necessarily focused on the activities that took place in the previous administration, or were from that time, and (we are) ensuring that what is being offered now is being handled better and more thoroughly,” acting Lottery Director Greg Smith told lawmakers.

But Smith also declined to elaborate on the details of what has consumed the current administration: the process to replace the management firm that’s run the lottery, Northstar Lottery Group.

In July 2011, Illinois became the first state to hire a private firm to manage its lottery; and to do so, it let two longtime lottery vendors form a firm that got a 10-year management deal. That management firm, Northstar, in turn awarded lucrative, no-bid subcontracts to the longtime vendors that formed it — something that the Rauner administration has blasted.

As Northstar struggled to make the lofty revenue projections it pitched in its bid, disputes arose over who was to blame and how much in penalties Northstar should pay. In September 2015, Northstar agreed to leave as early as Jan. 1, 2017, but in return it received lucrative incentives in the meantime — including taxpayer-funded bonuses for Northstar employees who kept working.

Five months beyond that original leave date, and as state payments to Northstar and its owners climb higher than ever, the state can offer no timetable for when Northstar will be replaced — or detail what’s taking so long.

Smith acknowledged the state had only one bidder — the firm that originally lost to Northstar, Camelot — and said it was negotiating with Camelot as part of a complex process for a better contract than the state reached with Northstar. The Tribune has previously reported on questionable aspects of that original contract, including a taxpayer-funded “advisory” committee of politically connected Illinoisans whose pay has been kept secret.

He said, even if a deal was reached today, it could take six months to fully transition.

“Rushing through this will not improve our contract,” Smith told lawmakers.

Still, McSweeney and another lawmaker, Rep. Robert Martwick, D-Chicago, said they were troubled there was only one bidder. They questioned whether the process could, or should, be reopened.

Smith said he wouldn’t offer his opinion or more details, citing the private nature of the pending negotiations and bidding process.

Smith also declined to elaborate on a comment he made to a Senate committee earlier this month in which he broadly questioned whether privatizing lotteries was the “best approach” for states. He again cited the ongoing bidding process. But he did note that Illinois law requires private management, unless lawmakers want to change it.

“The lottery is open to any discussions that the legislature would like to have regarding the operation of the lottery,” he said.

After the hearing, McSweeney had a few: Seek more bidders. Speed up the process to get rid of Northstar sooner. And look into what happened with the instant games, which he said affects the credibility of the games.

The Tribune found the key was how many tickets Northstar printed. Other states tend to print only as many tickets as they think they can sell for a game — which limits the number and size of big prizes they can advertise. But Northstar pushed to dramatically increase the number of tickets printed, allowing it to advertise bigger and better prizes that enticed more sales, but not nearly enough to consume the tickets printed. When sales dropped, the games were ended before many, and sometimes any, grand prizes were awarded.

McSweeney told the Tribune that the Rauner administration shouldn’t bury the issue and instead “provide us with a full explanation of why those problems occurred.”

“It’s important that we learn from past problems,” he said.