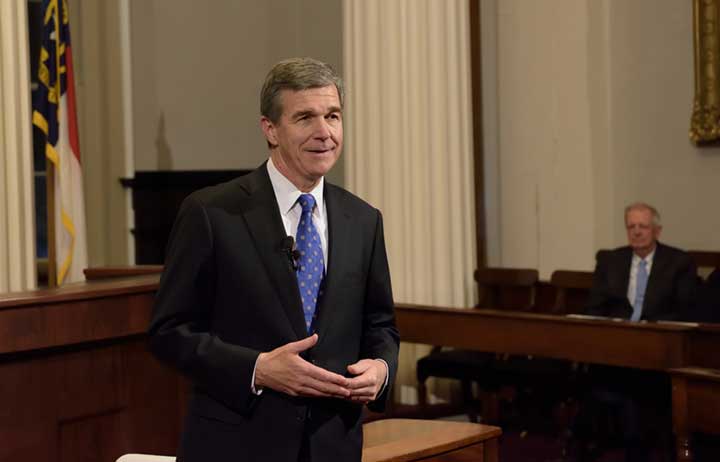 Gov. Roy Cooper has ousted a state lottery commissioner for what the governor says were “sexually harassing” and “racially insensitive” comments to staff members and others at the N.C. Lottery Commission.

Cooper removed Kim Griffin Jr. from the commission for “malfeasance” in a letter dated Aug. 9. The letter was released by the governor’s office on Monday after the N.C. Insider inquired about the appointment of former Senate Majority Leader Tony Rand to the Lottery Commission. Rand will take the seat that previously belonged to Griffin.

Griffin, a Durham real estate company executive, was appointed to the commission in 2016 by then-Gov. Pat McCrory, who made him the chairman. Cooper removed Griffin as chairman in March, giving the leadership role to Democratic appointee Courtney Crowder instead, but Griffin continued to serve on the board until this month. Reached Monday, Griffin said the allegations are “totally inaccurate.”