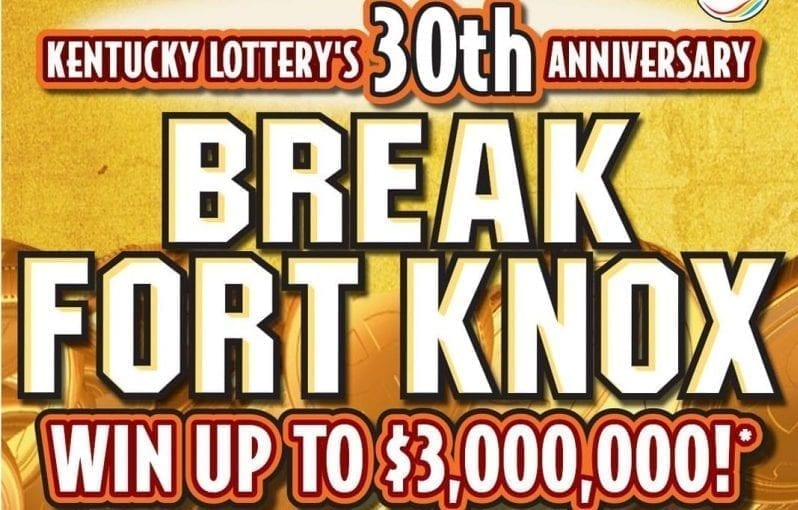 The launch of a new $30 Scratch-off – the first time this price point has ever been offered in Kentucky – has led to a record-breaking sales day.

The new $30 “Break Fort Knox” ticket went on sale Friday February 22nd. Based largely on interest in this new game, the lottery realized Scratch-off sales that day of $8.77 million. This shatters the previous record of $5.1 million, set on the very first day of modern lottery sales in Kentucky (April 4, 1989).

“This is a great way to kick off our 30th anniversary we’ll be officially celebrating in April,” said Tom Delacenserie, president and CEO of the Kentucky Lottery. “To not only break but shatter our one-day Scratch-off sales record is a huge achievement, and a testament to the hard work of our retailers and staff. The more tickets we sell, the more kids we send to college. That’s a great net result of this momentous occasion.”