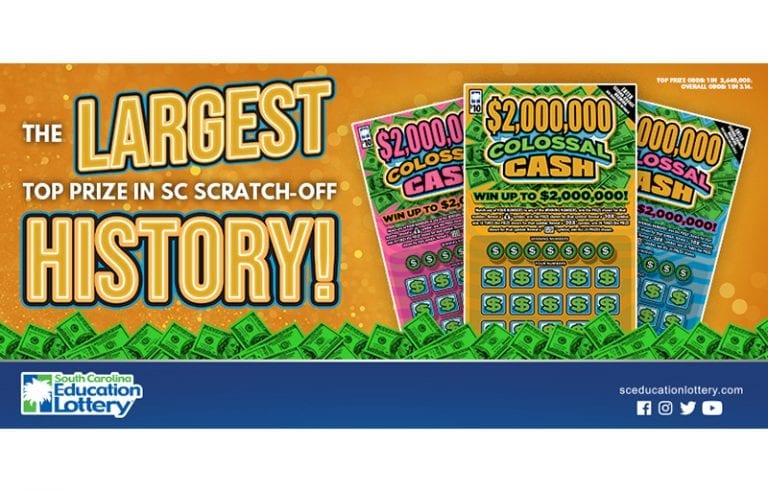 “Our previous $1,000,000 game, ‘Double Your Million!’ provided players an opportunity to win $2,000,000 but only as a second-chance prize,” said Ammie Smith, Director, Product Development, SCEL. “Our players responded well to the option for a higher top prize but wanted to see it as a win on the actual ticket. We chose our spring million-dollar game launch to do the $2,000,000 as it is during our peak sales period.”

SCEL also balanced the $2,000,000 prize with significant low-end prizes. “We did not have to sacricfice the low-end prize structure to support the top prize. We accomplished that with increasing the quantity,” said Smith.

In terms of sales performance, “we do not yet have enough sales data to provide a formal index. However, compared to our FY20 spring million dollar game, it is indexing at 118,” said Smith.

SCEL worked closely with its instant ticket printer. “Scientific Games provided advice on ticket quantity to support the new top prize and odds while still ensuring excitement around the second-chance opportunity,” said Smith. “We also used Ice Ink and Metallic Ink to make the tickets stand out in the dispenser. The game also features three scenes.”

SCEL is also selling $10 Lucky Loot, offering prizes from $15 to $300,000. “SCEL always launches a ‘no breakeven’ ticket in the launch immediately after the spring million dollar game. The ‘no breakeven’ prize structure is popular with our players and also fits well into our peak sales period,” explained Smith.