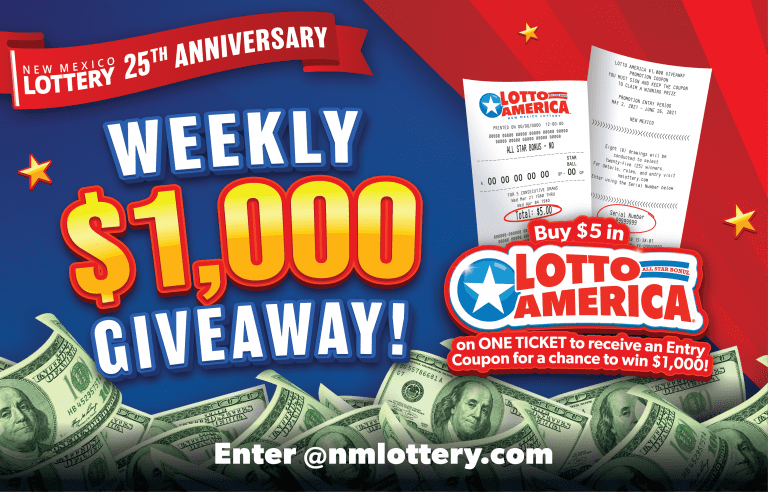 The New Mexico Lottery celebrated its 25th Anniversary on April 27th kicking off a year of player and retailer promotions. “Our year-long initiative offers players and retailers many chances to win prizes through promotions tied to specific games throughout the year. We kicked off the promotions with a Lotto America $1,000 giveaway in May and June,” said Wendy Ahlm, Director, Advertising & Marketing, New Mexico Lottery Authority.

The lottery’s Lotto America $1,000 Giveaway had a noticeable positive impact on sales. “Comparing Lotto America sales with sales during a non-promotional period, but with similar jackpots, we see that sales are, on average, 11.5% higher during this promotion,” reported Ahlm.

More anniversary promotions will follow. “July features WILLY WONKA GOLDEN TICKET™ Scratchers, and August and September are all about Powerball Monday drawings and Powerball First Millionaire of the Year. We’ll also kick off the Show Me Scratchers that will offer New Mexico-themed prizes in second-chance drawings,” said Ahlm.

Loto-Québec Is Paying It Forward

Loto-Québec Is Paying It Forward