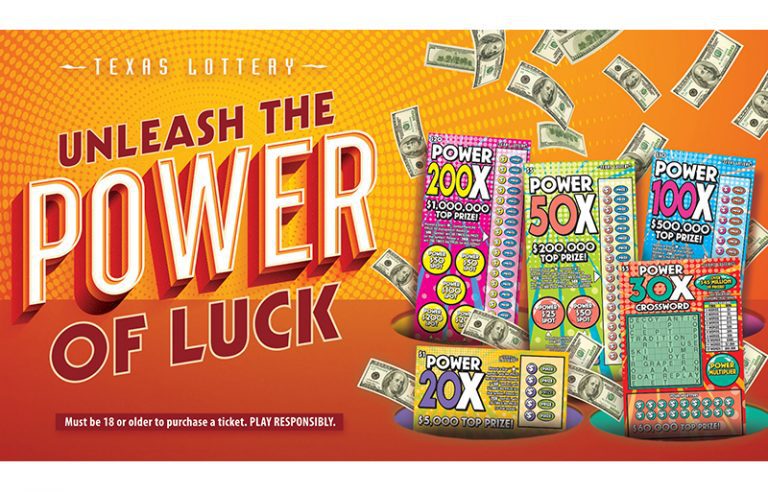 Texas Lottery players can unleash the power of luck when they play any of the five games in the new Power X scratch ticket family of games (FOG), including a Crossword extended play game. Launching a FOG after the holiday is key to strong winter sales.

“The games in our January FOG are typically some of the bestselling games of the year and help to set the pace for the winter season and the remainder of the fiscal year,” explained Robert Tirloni, Products Manager, Texas Lottery.

These high-profile scratchers will receive additional marketing support, including digital ads, social media posts, POS, limited out of home placement and ESMM animated slides at retail, according to Tirloni.

The games in the family combine for more than $475.7 million in total cash prizes, including top prizes ranging from $5,000 to $1 million. In addition, the games offer opportunities to increase winnings with multipliers ranging from five times to as much as 200 times.

“The Texas Lottery is excited to kick off the new year with the launch of the Power X family of scratch ticket games,” said Gary Grief, executive director of the Texas Lottery. “Over the last several years, these multiplier-style scratch ticket games have been very popular among our players. With exciting prizes up for grabs in each of the five new games, we think that popularity will only grow and will provide much-needed revenue for public education in Texas.”

At the $20 price point, Power 200X is charged up with more than $152.3 million in total cash prizes, including four $1 million top prizes. The game contains 27 chances to win a prize on every ticket and features chances to have prizes multiplied by 50 or 200 times. There are more than 900,000 prizes between $50 and $500 throughout the game.

Power 30X Crossword stands out in the family as an extended play game with a crossword-style playboard with chances to have winnings multiplied by up to 30 times. The $3 game in the Power X family offers over $47.8 million in total cash prizes, including 10 $60,000 top prizes. There are also over two million prizes worth between $10 and $45 in the game.

The Power X multiplier family went on sale on January 3.