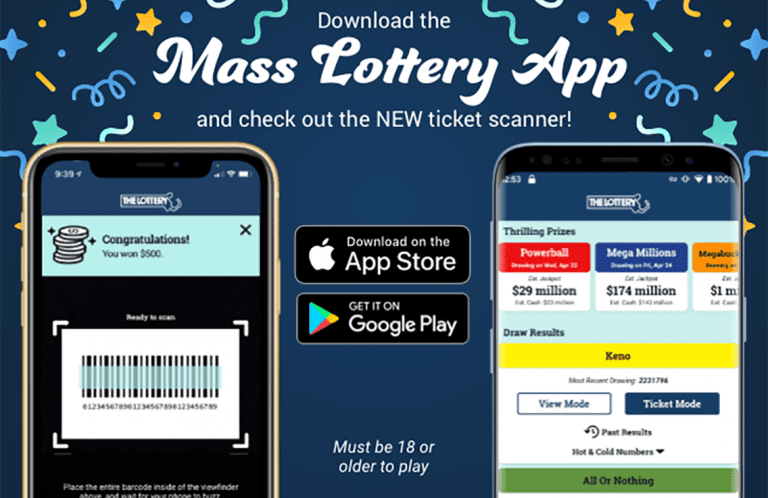 Massachusetts State Lottery players have claimed over $10 million in prizes through the mobile cashing feature that launched on the Mass Lottery app in September, saving them over $55,000 in gasoline costs through the elimination of vehicle trips to Lottery claim centers, while also promoting sustainability and public health.

The mobile cashing feature gives customers the ability to claim prizes of $601 to $5,000 securely through the Mass Lottery app and receive their winnings electronically to their bank account.

“This app clearly meets the needs of our customers by providing an important service not previously available to them,” said State Treasurer Deborah B. Goldberg, Chair of the Massachusetts State Lottery Commission. “It is time saving and convenient, offering customers a safe alternative that does not require being in a public setting. At the same time this app reduces their personal expenses and time, it also has positive impacts on the environment.”

Over 8,000 prize claims have been fulfilled through the app. Eliminating vehicle trips to Lottery claim centers for these transactions has preserved over 16,000 gallons of gas, resulting in a 316,000 pound reduction in carbon emissions. The continuing environmental impact of mobile cashing is being tracked on the Mass Lottery website.

“Initially driven by its convenience and sustainability benefits, which remain significant, this initiative has provided our customers a viable option to avoid travel and exposure to others during COVID surges,” said Michael Sweeney, Executive Director of the Mass Lottery.

There were 1,993 mobile prize claim transactions processed through the first 12 days of January, surpassing the total for the entire month of December (1,985). This month’s total has risen to over 2,500 through January 18.

“I hit for $1,000 on a scratch ticket and thought I was going to have to drive an hour into Boston until someone informed me that I could cash it on the app,” said Paul Dugan of Peabody. “I downloaded the app and my claim was approved all in a matter of minutes.”

“As a busy working mom, it would be nearly impossible for me to get to a Lottery claim center to cash a ticket,” said a prize winner from Attleborough. “If I did, I would have my young kids in tow – not a fun and relaxing experience. With the app, I was able to complete the transaction in about one minute while my children were sleeping.”

In 2020, the Mass Lottery added a ticket scanning feature to its app, allowing customers to scan tickets to see if they are winners. Customers who have already registered to use this function now have access to mobile cashing. Nearly 67,000 users have registered to use these features.

The Mass Lottery app is available for Android and iOS devices.