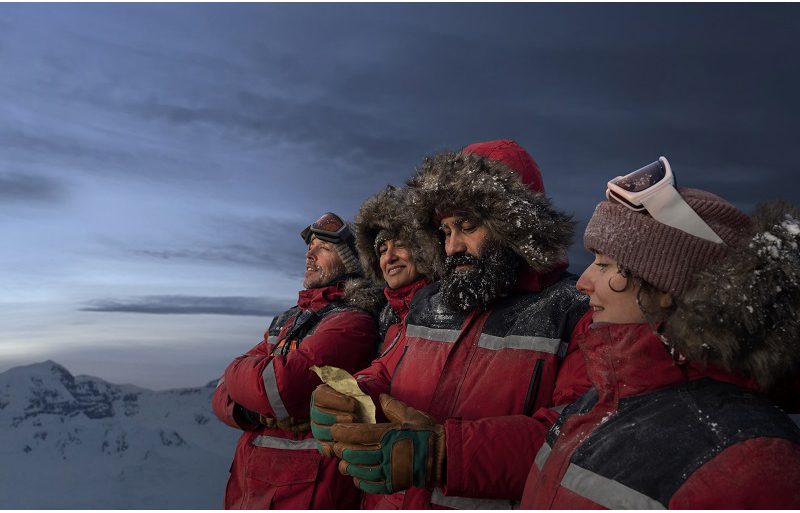 In August 2021, Lotto NZ launched the latest iteration of its iconic ‘Imagine’ series with “On Ice”, a 90 second TVC integrated with media extending across digital and social. The film takes the audience on a journey of anticipation and draws on the power of imagination that comes with buying a Powerball ticket.

DDB Aotearoa launched the long-running ‘Imagine’ campaign platform in 2015 with Pirate Ship, followed by the poignant Mum’s Wish in 2016, the award-winning Armoured Truck in 2018 and L05T in 2019. Taking this one step further, On Ice follows a team of researchers who find a Lotto Powerball ticket while working in Antarctica. They decide to hold off checking the ticket until they return home – in six months – each trading classic Kiwi biscuits called MallowPuffs for a share of the potential winnings. They pass the winter months on the isolated continent imagining what they would do if they won. The film finishes with a cliff-hanger, leaving the audience in suspense as to whether the characters have won big – a feeling familiar to any Powerball player.

Lotto NZ’s Chief Marketing Officer Annemarie Browne says the campaign treats the nation to something completely fresh. “The Imagine series is ever-evolving and the latest story gets right to the heart of the emotions we feel when we’re waiting to check our Lotto Powerball ticket.