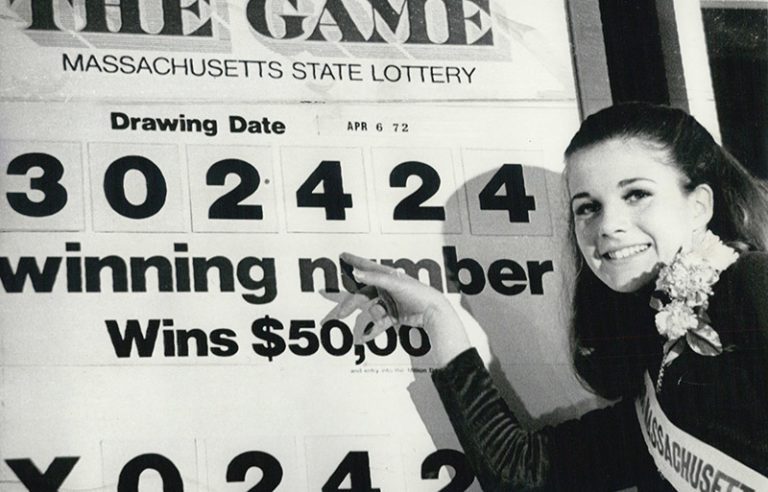 The first drawing in the history of the Massachusetts State Lottery took place 50 years ago today, on the morning of April 6, 1972 at Faneuil Hall in Boston, with seven lucky players each winning a $50,000 top prize.

“Today is a special day in the Lottery’s history,” said State Treasurer Deborah B. Goldberg, chair of the Massachusetts State Lottery Commission. “Our first drawing was just the beginning of 50 Years of Winning, and our very first top prize winner was one of many who have been able to turn their Lottery win into lasting memories for their families.”

Later that day in 1972, Donald Cosentino of Gardner became the first person to present a $50,000 winning ticket, bringing it to Gardner City Hall for certification.

“We have five children and I bought them all bicycles,” said Cosentino, now 87 years old and still residing in Gardner with his wife Aline in the same house that they lived in 50 years ago. “I was a foremen at a furniture factory. We also bought a camper so that we could all go camping together. We were able to put the money to good use.”

The winning numbers of “The Game” were 302424. Players won a $50,000 prize by matching all six digits on their ticket with the numbers drawn. Tickets for the drawing were 50 cents each and a total of 4,783,000 million tickets were sold by over 3,000 participating agents.

“The Lottery will continue to celebrate our 50th over the course of the year with a series of promotions and activities,” said Mark William Bracken, Interim Executive Director of the Mass Lottery. “We are excited to show our appreciation for the customers, retailers, communities and employees who are all a part of our success story.”

Since selling its first ticket on March 22, 1972, the Mass Lottery has generated over $137 billion in revenues, awarded over $96 billion in prizes, returned over $30 billion in net profit to the Commonwealth for unrestricted local aid provided to cities and towns, and paid over $7.8 billion in commissions and bonuses to its statewide network of retailers.