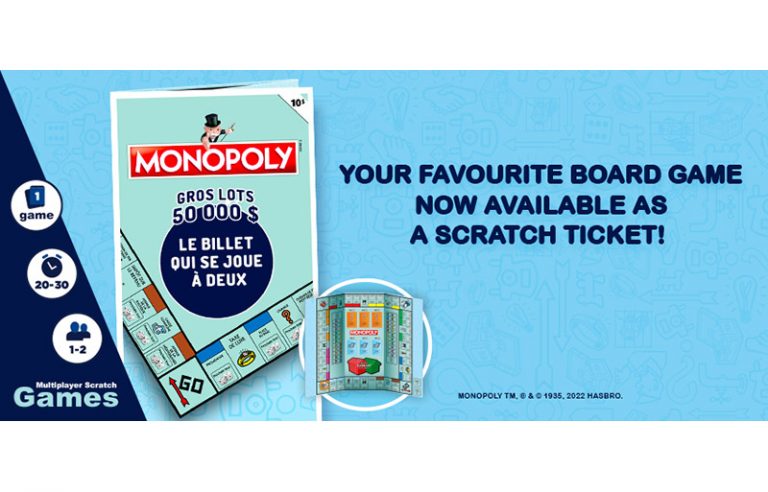 On April 18, Loto-Québec launched a two-player scratch game: Monopoly™, based on the board game of the same name. The ticket has the same visual appeal as the original board game and is being released under the “Multiplayer Scratch Games” banner.

“For the past few years, the board game market has been growing steadily, both in Québec and around the world, and that incline only got steeper once the COVID-19 pandemic hit. The Monopoly™ scratch ticket is being launched as part of our efforts to offer new games that can be played by two or more people, where the fun factor outweighs the win potential. Over the next few years, we plan to launch other multiplayer games, so it’s important that we raise our customers’ awareness of this new way to play the lottery,” said Anne-Marie Voyer, Director of Product and Development at Loto-Québec.

The launch of the $10 ticket will be accompanied by ads at retail locations and fun social media content.

“Our strategy is to establish this new game category by using big names and recognizable consumer brands for now, so that we can launch tickets designed in-house and with our partners later on. Other multiplayer games with different themes are in the works and are set to launch in the coming months, still under the ‘Multiplayer Scratch Games’ banner. The launch of a game licensed to Clue is planned for 2023,” added Anne-Marie Voyer.