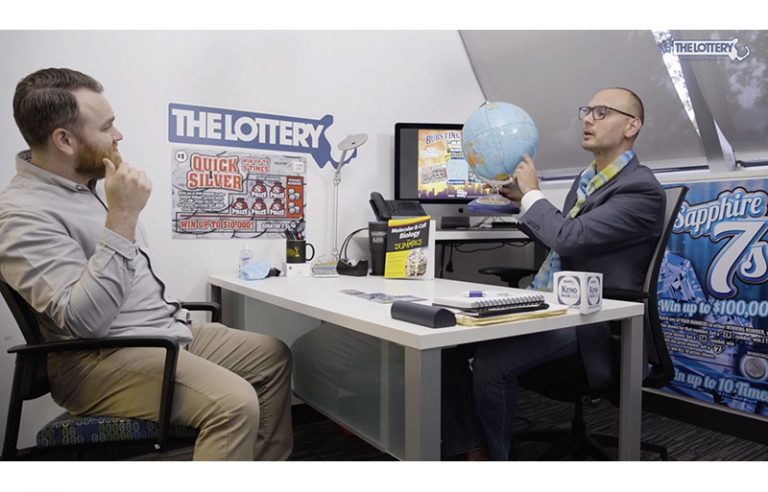 “At the Treasurer’s office, we appreciate the tremendous creativity exhibited by our Mass State Lottery team. We are thrilled that their hard work was recognized with a Regional Emmy® Award,” said State Treasurer Deborah B. Goldberg. “Keith and Geoff tackle projects with positivity and innovation, always keeping our customers at the top of their minds. This approach truly sets our marketing apart and contributes to our Lottery being one of the most successful. Congratulations!”

“Winning this prestigious award is a proud moment for the Mass Lottery and a testament to the talent, creativity and enthusiasm that Keith and Geoff bring to their work every day,” said Edward J. Farley, Chief Marketing Officer at the Mass Lottery.  “By promoting our products and our brand in a clever and entertaining fashion, the content they are creating is significantly increasing our engagement with customers, while proving to be a fun team-building activity for employees.”

The Mass Lottery was also nominated in the Photographer Short Form Content (Up to 10 Minutes) category.

The awards are given by the National Academy of Television Arts and Sciences (NATAS) Boston/New England Chapter, which is dedicated to the advancement of the arts and sciences of television, the fostering of creative leadership in the television industry, and the encouragement of excellence in artistic, educational, cultural and technical progress.

Celebrating its 50th anniversary this year, since selling its first ticket in 1972, the Mass Lottery has generated over $140 billion in revenues, awarded over $100 billion in prizes, returned over $30 billion in net profit to the Commonwealth for unrestricted local aid provided to cities and towns, and paid over $8 billion in commissions and bonuses to its statewide network of retailers.