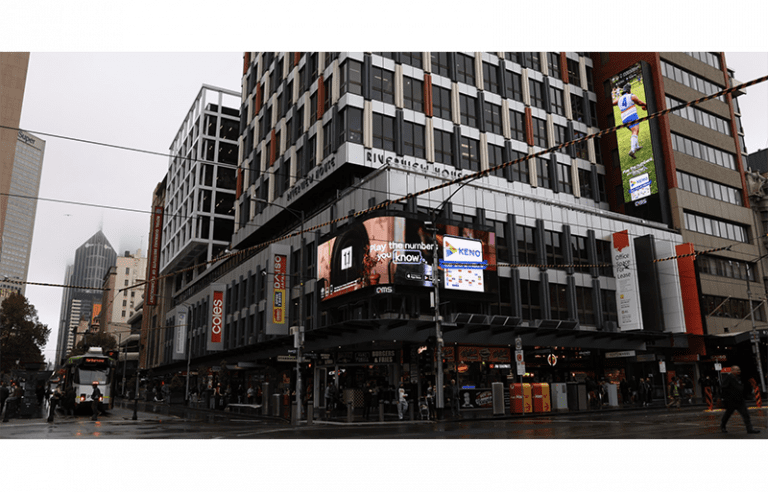 The Lottery Corporation, headquartered in Brisbane, Australia, worked with their media partner News Corp. instead of their ad agency to create the new Keno product marketing campaign.

“This was a first for Keno and the newspaper properties were a great way to get the Keno brand out there in a more organic manner,” said Caitlyn Loriente, Senior Marketing Manager, Keno, The Lottery Corporation. “As part of the partnership, we had a series of editorial content that was ‘brought to you by Keno’ rather than being a hard-sell on Keno in the form of a press ad. The combination of both high-impact press advertising and editorial content was a great way to complement the campaign’s objective of driving awareness of Keno in Victoria.”

Instead of a typical campaign brief which usually starts with a creative agency and moves to media, the lottery went with a media-first approach. “Our media agency Carat identified key media channels to reach Victorians and briefed a series of media publishers to come back to us with a creative proposition to fit the media channels,” said Loriente. “Once News Corp and Nova FM were selected, we worked closely with them on the ad look and feel based on a set of mandatories we had for showcasing the Keno app.”

“News Corp and Nova FM formed a partnership that offered creative services for both properties within their ecosystems (print, online press and radio), alongside the production of other media channels outside of their realm, like TV and out-of-home advertising,” added Loriente.

“Newsamp managed the production of assets across all media channels for this campaign, including the TV ads which were produced in collaboration with Guilty (https://guiltycontent.com/). The creative work was all managed by Newsamp—TV, photography, production, web banner animation etc. They produced everything, regardless of whether it was News Corp media or not,” said Loriente.

She recommends other lotteries approach their media partners about such a partnership. “The media-first approach worked really well for us. Rather than have an agency produce a campaign to run across a bunch of media channels that may or may not be booked in the end, efficiencies were found in designing concepts with precise media channels in mind from the get go,” said Loriente. 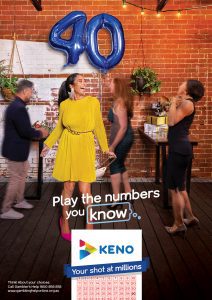