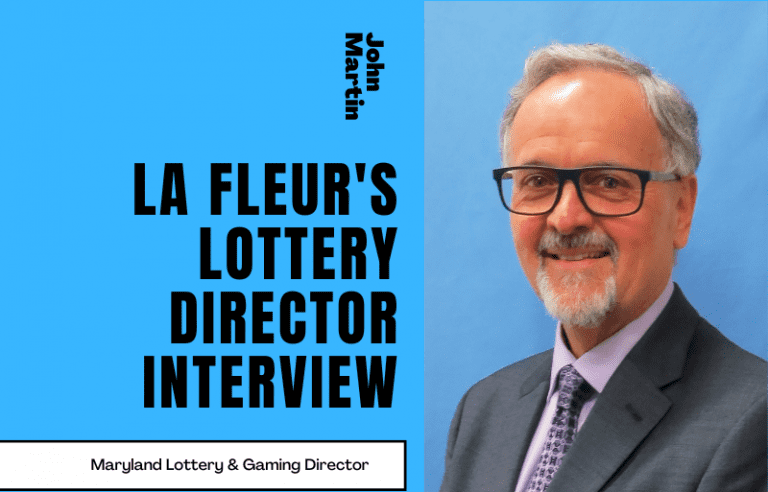 In his La Fleur’s Magazine interview about FY23 developments, John Martin, Director of Maryland Lottery & Gaming, said the agency would celebrate its 50th anniversary in January 2023.

“We’ve been busy planning new products and new promotions that will extend throughout the year. We expect it will take a consistent effort to exceed our sales goal of $2.7 billion. On the regulatory front, the launch of mobile sports wagering should happen around the midpoint of FY23, and that will significantly improve our monthly contribution to state revenues. We also expect another strong performance from Maryland’s six casinos, which are coming off a record-setting year,” said Martin.

In terms of retail initiatives, Martin said “we are evaluating our limited test of the SciQ scratch-off ticket merchandising system, and then we’ll decide whether to make a commitment to expanding that program. We’re also hoping to begin a small pilot program for in-lane solutions with an existing retailer in the second half of FY23.”

Martin outlined three major marketing developments. “Our FY23 product plan includes the launches of Maryland’s second and third oversized scratch-off tickets. We’re also preparing to shift from using balls and drawing machines to an RNG system for all of our daily drawings during the second half of FY23. The Maryland Lottery recently attained WLA Level 4 certification, and with that, we’ll be focused on continuing to enhance our commitment to responsible gambling principles in all that we do, especially in our marketing efforts,” he explained.