Massachusetts Lottery To Launch The Wheel of Luck on January 19 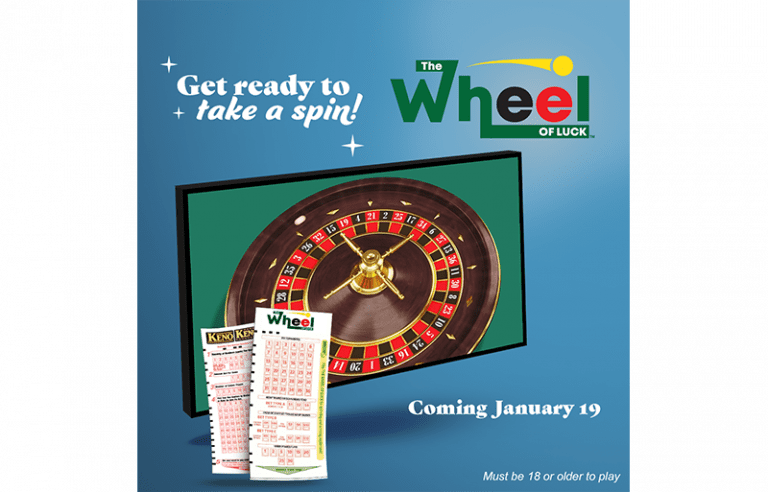 The Massachusetts State Lottery will be introducing a new roulette-style game called The Wheel of Luck on Thursday, January 19 to complement its popular Keno game at retail locations across the state.

“Wheel of Luck will provide our customers with a fun, new alternative to play between Keno games,” said State Treasurer Deborah B. Goldberg, Chair of the Massachusetts State Lottery Commission. “As the state’s gaming market becomes increasingly competitive, the Lottery will continue to innovate, within its limitations, to ensure unrestricted local aid to all 351 communities in the state.”

Wheel of Luck tickets will be available for purchase at all Lottery retail locations. Games will be displayed on monitors alongside Keno at participating retailers. Retail locations without monitors will offer Wheel of Luck To Go, which gives customers the opportunity to buy their tickets at a retail location and then watch the games on the Mass Lottery’s app or website after a drawing takes place.

There are three ways to play Wheel of Luck. Players can choose a number or numbers between 1 and 36, select red or black, or select odd or even. They will also have the option of playing two or all three of these options on the same bet slip. There is no Quic Pic option.

“Launching new games and offering customers a variety of products are important to the Lottery’s success,” said Mark William Bracken, Interim Executive Director of the Mass Lottery. “We tested numerous concepts with players and retailers over the last several years and this game proved to be the most popular for its familiarity and ease of play.”

In each Wheel of Luck drawing, an animated roulette-style wheel will spin, and the ball will land on a randomly generated number from 1 to 36 that is within either a red or black space. Spins will be displayed on monitor screens at participating retailers and will be available for viewing on the Lottery’s app and website.

A new game of Wheel of Luck will start approximately every four minutes, alternating with Keno games that are shown on a separate monitor.

The new game will replace All or Nothing, which ended its six-and-a-half year run in the marketplace on January 4. Players have one year from the date of a drawing to claim prizes won in this game.