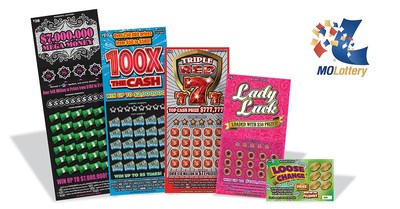 Scientific Games has served as a trusted supplier to the Missouri Lottery since its inception in 1986, and was selected as the Lottery’s primary instant games provider in 2011 to help drive maximum proceeds to education in the state of Missouri.

In the last nine years, the Company has worked closely with the Lottery to responsibly grow Scratchers retail sales 30%.

May Scheve Reardon, Executive Director for the Missouri Lottery, said, “We are confident that the extension of our primary instant games contract with Scientific Games sets the Missouri Lottery on a continued trajectory of responsible growth to maximize our returns to public education.”

John Schulz, Senior VP Instant Products for Scientific Games, said, “As the primary Scratchers supplier to the Missouri Lottery, we look forward to continuing our good work together. Our teams work hand-in-hand with the Lottery’s teams so we are fully aligned on business objectives and can stay one step ahead of market demand for the highest performing games that entertain Missourians.”