Scientific Games was awarded a new, three-year contract to provide instant games to LOTTO Thüringen in central Germany. The Company won the contract, which may be extended one additional year, following a competitive procurement process based on its value added products and services including digital instant games, or “eInstants,” which the Lottery plans to launch in 2021. 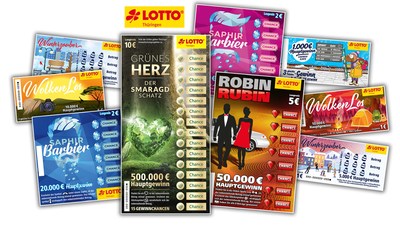 Jochen Staschewski, LOTTO Thüringen CEO, said, “We look forward to continuing our successful partnership with Scientific Games and the sustainable growth of instant game revenues in Thuringia. This is one of the few lottery markets in Germany that continues to grow. Our growth is largely driven by instant products, therefore, we plan to further develop our portolio of instant games sold at retail as well as offer our players digital instant games to enjoy at home and via mobile.”

In four years (2014-2018), Scientific Games responsibly grew the Lottery’s instant product category by 58%. The Company has partnered with LOTTO Thüringen for more than two decades and currently serves all 16 state lotteries in Germany.

John Schulz, Scientific Games Senior VP of Instant Products, said, “We have offered LOTTO Thüringen instant game products with value adds that have proven ability to responsibly increase revenue for our lottery customers around the world. The potential of instant games, sold both at retail and online/mobile, is not fully realized in Europe however they are the biggest and most successful lottery product category in the U.S. and still growing.”