Scientific Games announces it will continue to bring its high-performance lottery instant games and services to Tennessee players to support the Tennessee Education Lottery Corporation (or the “Lottery”) in its mission to drive maximum funding for education in the state. The Company’s current contract was extended for five more years by the Lottery, which participates in the world-leading Scientific Games Enhanced Partnership (SGEP) program. Through the partnership, Scientific Games provides the Tennessee Education Lottery Corporation with game design and game planning services, analytics and insights, manufacturing, advanced logistics, warehousing and distribution as well as retail services. 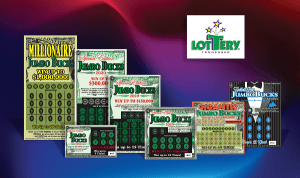 “The instant game experience enjoyed by Tennessee players is backed by integrity every step of the way,” said Rebecca Paul Hargrove, President & CEO of the Tennessee Education Lottery Corporation. “Through our partnership with Scientific Games, we have the data and technology needed to effectively and efficiently design games, distribute them to our retailers around the state, and ultimately deliver trusted products to our players and generate more dollars for educational programs benefitting Tennessee students.”

Hargrove launched the Tennessee Education Lottery Corporation and led it to success after serving as the Director of the Illinois, Florida and Georgia Lotteries. She is currently in her second term as President of the World Lottery Association and is a past President of the North American State & Provincial Lotteries.

“Scientific Games’ longtime collaboration with the Tennessee Lottery’s team has delivered outstanding results and serves as a model for many U.S. lotteries,” said John Schulz, Senior VP, Lottery Instant Products for Scientific Games. “We continue to innovate new games and refine our SGEP program and technology to drive their success, and we get better every year together.”
Scientific Games launched the world’s first secure retail instant game in 1974, the first digital instant game in the U.S. in 2014, and is the leading provider of lottery interactive games, mobile apps, player loyalty programs and other interactive products and services in the U.S. lottery industry. The Company provides games, technology and services to more than 150 lotteries around the globe, including nearly every North American lottery.