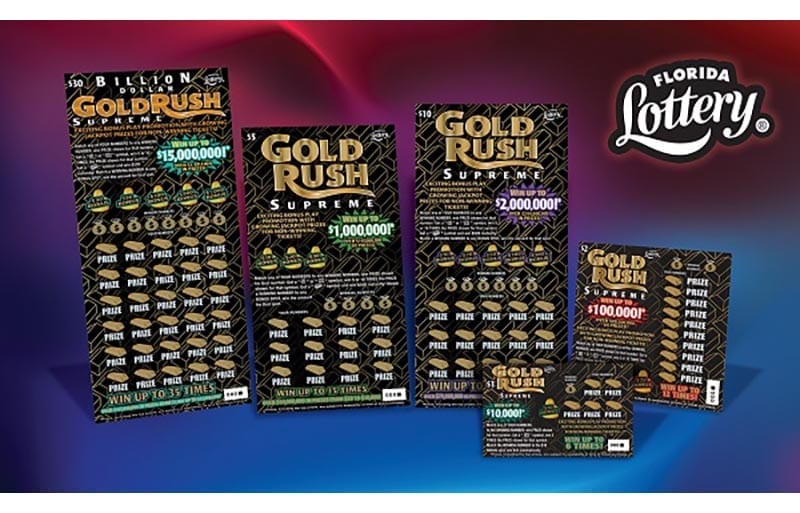 “By launching new Scratch-Off games with a variety of play styles and price points, we are giving our players what they want, and the results speak for themselves,” said Florida Lottery Secretary John F. Davis. “This means that our players have more winning opportunities, retailers are earning higher commissions, and most importantly, more revenue is being generated for education in Florida.”

“Scientific Games congratulates the Florida Lottery on a fifth consecutive U.S. record sales week for Scratch-offs. Our collaboration gets better year after year, and while we don’t set out to break records we are truly honored to help create maximum funding for education in Florida,” said John Schulz, Senior Vice President, Instant Products for Scientific Games. “In a year where sales for so many retail products were adversely affected by the pandemic, the advanced logistics offered by the SGEP program kept the Florida Lottery’s Scratch-off products flowing to retailers and players.”

The Gold Rush Supreme family features a second-chance promotion where players enter non-winning tickets on the Florida Lottery’s website or mobile app. A progressive jackpot starts at $10,000 and increases as players enter their tickets online, with a ticker at the top of the web page updating continuously. The first progressive jackpot drawing rolled to over $800,000 after six weeks. In addition to the jackpot, the promotion features 40 prizes from $500 to $5,000. Thus far, more than 95,000 players have entered more than 2.8 million tickets into the Gold Rush Supreme promotion and more than 41 million entries were awarded.

During the Lottery’s record-breaking week, sales for all $30 games topped $40 million. Additionally, year-over-year sales for all $20 games grew 83.6% from the same week last year, led by Gold Rush Classic! and 200 Xs the Cash games with combined sales of $27.7 million in the record week, both created by Scientific Games.