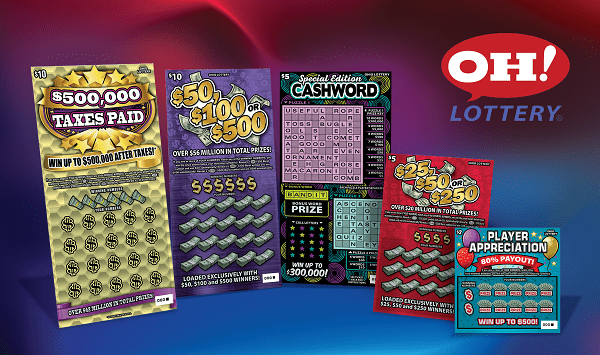 “This record $2 billion in Scratch-off sales is a testament to the scratch-off products we offer and the team’s ability to give players the entertaining games they want,” said Ohio Lottery Commission Director Pat McDonald. “In turn, we’re supporting our mission to generate more funds for the Lottery Profits Education Fund, and I’m proud of that.”

The Ohio Lottery joins more than 20 lotteries around the globe participating in Scientific Games Enhanced Partnership (SGEP) program, including four of the top five lotteries in the U.S. based on weekly instant game per capita sales performance. The program expanded Scientific Games’ services in Ohio to include analytics and insights, game development, portfolio management, inside sales, advanced logistics for warehousing and distribution, and retail optimization.

“We congratulate the Ohio Lottery on its efforts to meet the goals set two years ago, and we applaud Commissioner McDonald on his vision that there was room to responsibly grow Scratch-off game sales to benefit Ohio students,” said John Schulz, Senior VP Instant Products for Scientific Games. “Scratch-offs are vital to the Ohio Lottery’s future growth and we are delighted with the difference our recently expanded partnership is already making.”

To support the partnership, Scientific Games provides services from its 65,000-square-foot facility near the Lottery’s headquarters in Cleveland. In addition to advanced predictive ordering and logistics technologies, the company’s Tel-Sell (inside sales) team serves the Lottery’s 7,800 instant game retailers by ensuring Ohioans’ favorite games are always in stock.

In addition to Scratch-off games, Scientific Games supplies the Ohio Lottery with licensed properties and its SCiQ® retail modernization technology.