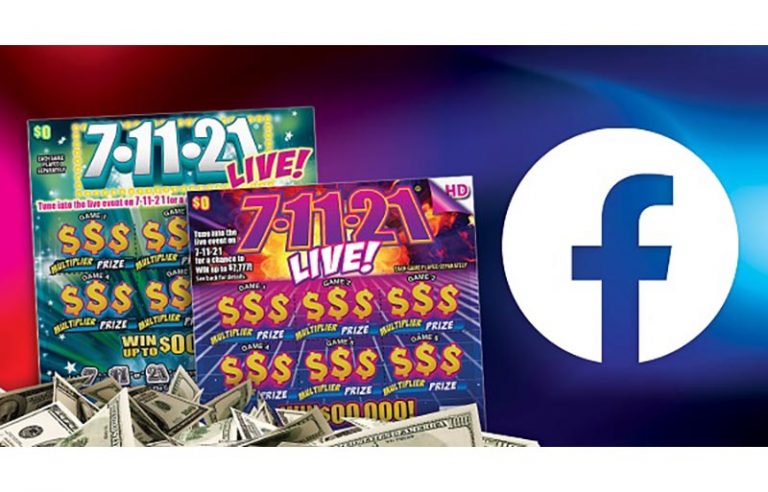 The 7-11-21 LIVE! Facebook Live event was hosted by actor John Crow who opened envelope No. 3 chosen by participants in a live poll during the event and revealing a $777 prize for all eligible winners. Envelopes No. 1, 2 and 4, all with $77 prizes, were not chosen. Crow has served as the Mega Millions TV drawing host and is currently the Georgia Lottery’s drawing host. More than 100 winners across seven states will receive the prize.

“The Georgia Lottery’s 7-11-21 LIVE! scratcher sold out within six weeks, and the live event was a huge success,” said Katherine Cundiff, VP Product Development for the Georgia Lottery. “We experienced new records of participation during the promotion.”

The $2 7-11-21 LIVE! instant scratch game created by Scientific Games hit lottery retail stores beginning in early 2021 as excitement built toward the Facebook Live event and it is still on sale in some markets. The game performed an average of 20% higher and as much as 80% higher than other $2 games and is driving strong proceeds for lottery beneficiary programs.

“Our 7-11-21 LIVE! Scratch-Off game has already been very popular with players. This Facebook Live event, which has the same theme and a unique date, gave our players additional chances to win prizes,” said Pennsylvania Lottery Executive Director Drew Svitko. “Offering fun and new ways players can enjoy our Lottery games allows us the ability to generate funds for vital programs that seniors rely on every day.”

7-11-21 LIVE! was developed as a way for lotteries to connect retail and digital lottery play experience, engage players digitally and boost social media following on Facebook. The Company’s LIVE! event was built around a prize drawing, which offered viewers a chance to win cash prizes by simply tuning in to the live broadcast and commenting. Participating lotteries streamed the live event produced by Scientific Games through their own Facebook pages.

“Leading up to the July 11th event, we were able to help seven U.S. lotteries kick-off 2021 in a big way with a social media spin on a popular game featuring the ‘lucky’ numbers 7, 11 and 21,” said John Schulz, Senior VP Lottery Instant Products, for Scientific Games. “Our goal with these LIVE! games is to incorporate live digital events with strong instant games to create engaging experiences. 7-11-21 LIVE! brought people safely together for an amazing social experience, and the U.S. lottery industry hasn’t offered anything like it before.”
Scientific Games conducted extensive research with real players through its OneVoice™ platform before game creation teams began designing playstyles and game art. The Company also provided a digital marketing package for lotteries to execute the game easily as they look for new ways to generate profits for their beneficiary programs in 2021.

In 2007, Scientific Games pioneered the concept of blockbuster, multi-state in-person winner events for the lottery industry, managing and producing more than 10 events since, including its BILLION DOLLAR CHALLENGE® events in Las Vegas.

Scientific Games is a U.S.-based company providing games, technology and services to more than 150 lotteries around the globe, including nearly every North American lottery.