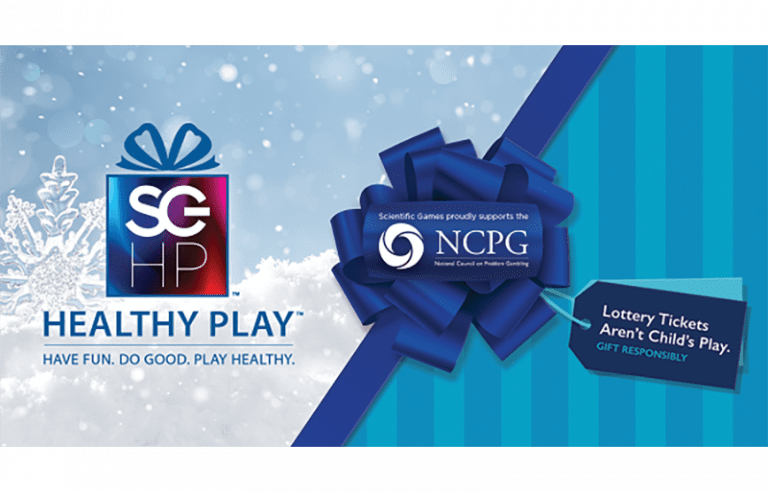 Scientific Games announced that its Lottery Group continues to lead the way in responsible gaming initiatives for the fourth consecutive year to participate in the National Council on Problem Gambling’s (NCPG) annual “Gift Responsibly” holiday campaign. The company has wrapped the initiative into its ongoing Healthy Play™ responsible gaming program, which provides lotteries with innovative products and tools promoting Have Fun. Do Good. Play Healthy.

Scientific Games joins U.S. and Canadian lotteries as well as a number of lotteries in Europe and Australasia in support of the NCPG’s 2021 “Gift Responsibly” campaign to raise awareness about the risks of gifting lottery games to underage players during the holiday season.

“Scientific Games is a global leader in the gaming and lottery industries, and one of the first companies to be certified by the World Lottery Association as a responsible gaming supplier,” said Keith Whyte, National Council on Problem Gambling Executive Director. “They are a valued NCPG member that is once again participating in the Gift Responsibly Campaign. We thank Scientific Games for helping to spread the message that adults should avoid giving lottery tickets to children during the December holiday season.”

“The NCPG’s “Gift Responsibly” campaign is perfectly aligned with the goals of our Healthy Play program,” said Carla Schaefer, VP of Responsible Gaming for Scientific Games Lottery. “Our creative and communications teams have developed holiday Healthy Play trade ads featuring the Gift Responsibly visuals, as well as social media, website and internal communications tools to help share the important message that lottery games are not child’s play and should not be gifted during the holiday season or ever.”

The goal of Scientific Games’ Healthy Play program is to help lotteries educate their players, establish trust and increase lottery literacy by providing the tools and best practices that enable lotteries to market and sell their products in healthy and responsible ways. The company recently rolled out its Healthy Play Guide, a digital magazine available to lotteries, and will launch a Healthy Play website accessible by players through a QR code and customizable for individual lotteries.

Since 1973, Scientific Games provides games, technologies and services to more than 130 lotteries in 50 countries around the world.